Albuquerque went into the bottom of the sixth inning of game one trailing 5-4. After a lead-off single from Jordan Patterson, Tucker Healy replaced Sounds starter Brandon Mann. Healy then hit the first batter he faced in Alex Castellanos to put the go-ahead run on base.

David Dahl then pinch hit for Tim Smalling and roped a two-run triple to left to put the Isotopes up 6-5. Mike Tauchman then singled to left to score Dahl to add the insurance run to put Albuquerque up 7-5. 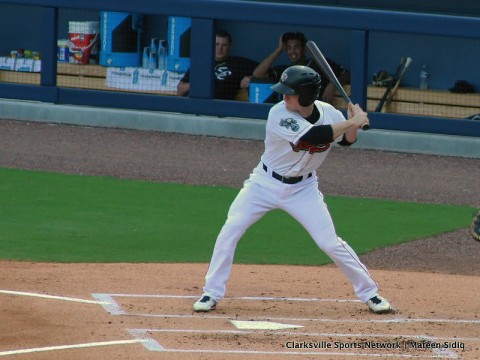 The Isotopes took an early 4-0 lead after scoring two in each the first and second innings. Tom Murphy scored two on a two-run double in the first to put the Isotopes up 2-0.

Castellano lead-off the second with a solo home run to left and later in the inning Tauchman hit a RBI double to put the ‘Topes up 4-0.

In his first at bat since returning to Nashville, Sounds catcher Bryan Anderson launched a solo home run to right field to put the Sounds on the board as they trailed 4-1 after three.

With the bases loaded in the fourth, Matt Olson sent a sacrifice fly to right field to score Max Muncy to cut the ‘Topes lead in half. Colin Walsh then followed with an RBI single to right scoring Renato Nunez to bring the Sounds within a run.

Joey Wendle tripled to right and scored Muncy to tie the game at 4-4 in the top of the sixth. The Sounds were not done as Wendle then scored on a wild pitch with Olson batting to put the Sounds on top 6-5.

After the Isotopes rally in the bottom of the sixth, Albuquerque closer Simon Castro struck out the side in the top of the seventh to give the Isotopes a 7-5 win in game one.

Albuquerque then wasted little time jumping out to a 2-0 lead in the bottom of the first inning of game two. The Isotopes scored both of their runs in the first on back-to-back run scoring fielders choices from Ben Paulsen and Dustin Garneau.

Wendle then answered with a solo home run in the top of the sixth to narrow the deficit. The home run was Wendle’s 10th of the season.

The Isotopes then scored runs in the second, fourth and fifth innings to take a 5-1lead heading into the top of the sixth inning.

Chad Pinder led off the sixth with his 13th home run of the season to make the score 5-2 after six.

Pacific Coast League Player of the Week Bruce Maxwell came to the plate in the top of the seventh and launched a solo home run to bring the Sounds to within two as they trailed 5-3. Maxwell’s 10th home run of the season was his fifth of the current road trip.

Unfortunately for the Sounds, Maxwell’s late homer did not spark a rally and the Sounds were swept in Tuesday night’s twin bill.

The 2016 season is the Sounds’ 19th year in the Pacific Coast League and their second as the Oakland Athletics’ top affiliate. Season ticket memberships are available now by calling 615.690.4487 or by visiting www.nashvillesounds.com [2]