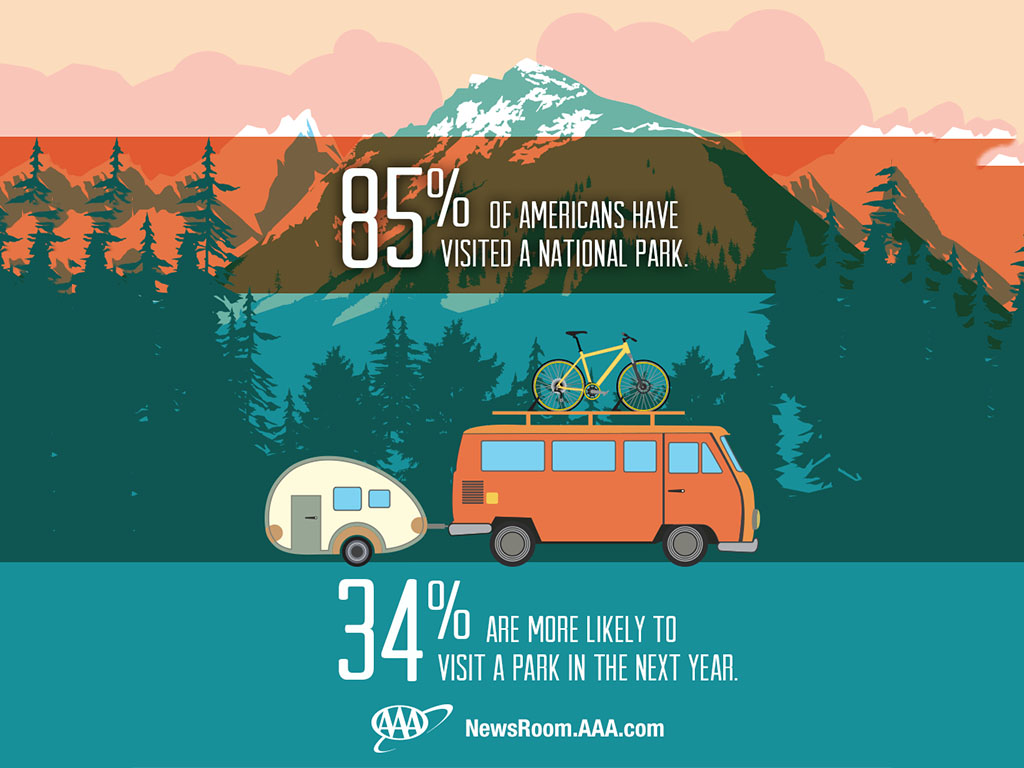 Tampa, FL – National parks are gaining popularity as more Americans decide to travel closer to home. Frequent reports of unrest in Europe have some would-be international travelers looking for a domestic alternative, and many are finding it in national parks.

Visitation to national parks reached an all-time high in 2015, with more than 307 million visitors, according to the National Park Service. 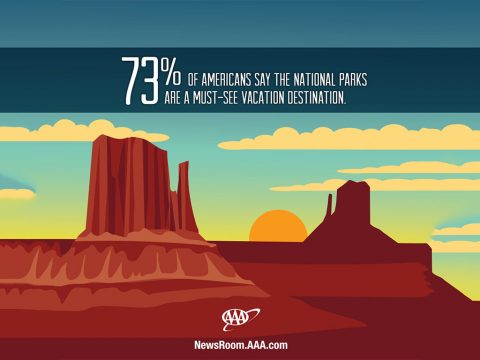 “The demand for national parks is off the charts this year, as Americans seek new and exciting domestic destinations,” said Mark Jenkins, spokesman, AAA – The Auto Club Group. “Those choosing to travel internationally are finding great deals, in light of recent unrest in European countries. Yet national parks are a viable alternative for those who prefer to stay in the states, because of their beautiful landscapes and endless opportunities for adventure.”

Travelers can expect these parks to get even busier in the year ahead as the U.S. National Park Service celebrates its 100th anniversary on August 25th.

According to a recent AAA survey, the majority of Americans (79%) say they are as likely (42 percent) or more likely (37 percent) to visit a national park in the next 12 months, building on the momentum of this year’s centennial celebrations. 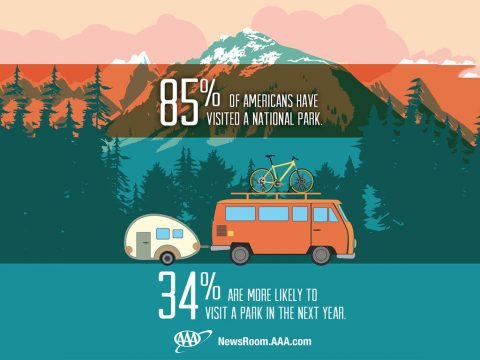 Eighty-five percent of Americans have visited at least one national park, and a majority say the national parks are a “must-see” vacation destination (73 percent). National parks are growing in popularity among younger generations, with nearly half of Millennials (46 percent) citing that they are more likely to visit a national park in the next year, outpacing both Generation X and Baby Boomers.

Travelers planning trips to national parks for the remainder of 2016 can enjoy a discount on select dates in honor of the National Park Service’s 100th anniversary. All sites that charge an entrance fee will offer free admission August 25th-28th, September 24th and November 11th.

AAA offers travelers a variety of tools and resources to plan a national park vacation.

Featuring one-of-a-kind national park itineraries, AAA Vacations is a collection of specially designed cruises, guided tours and independent vacations offering unique, engaging travel experiences. TripTik Travel Planner on AAA.com and the mapping section of the AAA Mobile app include nearly 200 Travel Guides and Drive Trips — many featuring national parks — to help travelers plan the perfect road trip either from their PC or on their phone.

Both tools help travelers map complete travel routes, locate the lowest gas prices, identify exclusive member discounts, and find more than 58,000 AAA Approved and Diamond Rated hotels and restaurants and more. For more information, visit AAA.com/Travel or your stop by your local AAA office, where travel counselors can provide personalized plans for your next vacation.

To evaluate national park travel intentions, AAA contracted with a national research company to perform a telephone survey of 1,012 adults living in the continental United States. Survey results are an accurate representation of the total continental U.S. population with a margin of error of +/- 3.9 percent at a 95 percent confidence level. The survey was conducted June 23-26, 2016.