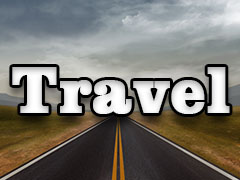 Eminence, MO – After a great night’s sleep along the Jack’s Fork River, I rolled out of bed to a beautiful sunrise and a calm breeze coming off the water.

I needed coffee, so it was off the Margie’s Restaurant in the middle of town.  I was greeted by a handful of locals who were all abuzz about, what else, politics.

It was a Trump crowd.

I had the morning special which was two eggs over easy, sausage and biscuits and glorious cups of coffee.  After chatting it up with the waitress about where some good roads would be to ride, I was off to saddle up.

My first ride was through the Jesse James Getaway.  This route is named in honor of the famous outlaw who along with the James Gang robbed a train at Gad’s Hill, Missouri in 1874.  The got about a 60-mile head start and headed west and got away quickly running along the beautiful creeks, over the hills and through the woods to Maggard’s Cabin on the Current River.

After 20 miles down Highway 106 East, I was treated to smooth rolling hills and turns and beautiful tree lined straight-aways that was the perfect way to start the day.

I landed in a little mining town called Ellington, where I discovered that the area was known for it’s mining and logging.  To say that Ellington was a “sleepy” little town would be an understatement.

Word of caution.  The trucks coming from the mines and the logging operations absolutely FLY down the highway, and I had my fair share of “heart stopping” moments rounding a few corners.

While stopping over in the town of Bunker, I encountered the first of many full service gas stations.

It’s the norm here, and when I pointed out that I couldn’t remember the last time I ever saw a full service gasoline station, they all thought I was the weird one.

Anyway, I had a lady approach me about my Harley and informed me that she and her husband were big bikers and recommend I ride south on Highway 19 where I would be treated to some awesome scenery and beautiful mountain views.

She was right.  I also saw, not one, but TWO bobcats.

Thirty miles down the highway through tree covered roads, and amazing hills and turns, I landed in the town of Alton, Missouri.  It was a good thing too, because I needed gas.

After a quick lunch, I turned around and headed back to home base.  I can’t describe how peaceful it is to navigate through the back country of Missouri, and riding through the Ozarks.  Now, it’s not as breathtaking as the Smoky Mountains, because of the elevations, but if you want long and winding roads, with twisties, turns, hills and lot’s of trees, this was a beautiful ride.

The people I met today were friendly and engaging, but not overly so.  Not what we’re accustomed to in the south, and I don’t mean that in a negative way, it’s just a different kind of “friendly.”

So, tomorrow, I’m off to ride a couple of other trails, including the Ozark Hellbender.