Fort Campbell, KY – The U.S. Department of Defense announces today the death of a Soldier who was supporting Operation Inherent Resolve.

1st Lt. Jeffrey D. Cooper, of Mill Creek, Washington, died September 10th, in Kuwait, from a non-combat related incident. He was killed as a result of a vehicle rollover accident while traveling from Camp Buehring, Kuwait, to Ali Al Salem Airfield. 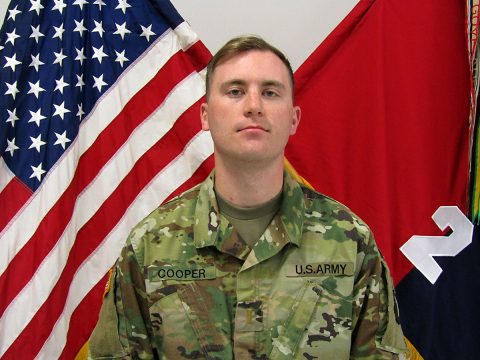 His awards and decorations include the National Defense Service Medal, Global War on Terrorism Service Medal and the Army Service Ribbon.

The cause of the accident is currently under investigation.