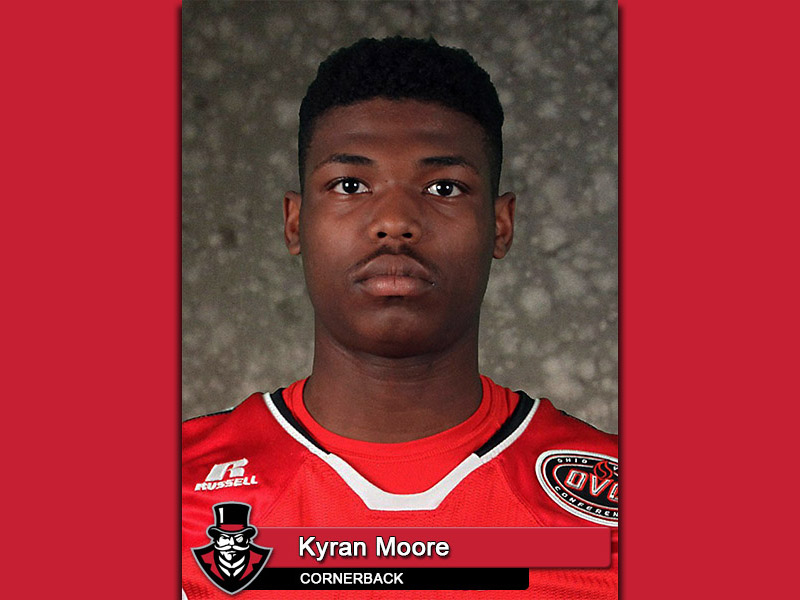 Clarksville, TN – After his 98-yard kickoff return for a touchdown to open the second half on the road at No. 16 Eastern Illinois Saturday, the Ohio Valley Conference honored Kyran Moore with OVC Specialist of the Week.

Moore, a junior from Bessemer, AL, knotted the game at 21 when he took the opening kickoff in the second half 98 yards to the house for the score. 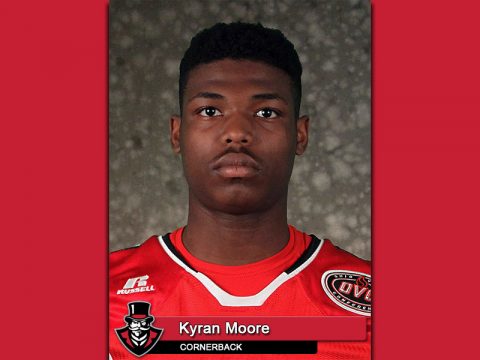 It’s the first kickoff return for a TD for the Govs since Enriques Perry did so against Southeast Missouri in 2013.

It was also the longest play for the Govs since Perry’s 99-yard return. Moore’s TD was the first score of his career.

Moore’s 98-yard return was the second longest play prior to the weekend in OVC play and ties for the 3rd longest in the NCAA on the season.

EIU entered play as the league’s leader and 9th in the NCAA in kickoff return defense allowing just 13.67 yards per return. Moore averaged 27.8 yards per return with 167 yards on six returns. Moore finished with 167 kick return yards, the highest total by a Gov since Terrence Holt had 189 yards against Murray State in 2010.

He also becomes the first APSU player to earn weekly recognition from the OVC since Jake Ryan earned co-offensive player of the week on November 18th, 2012. Moore is the first Gov to earn specialist of the week since Stephen Stansell earned the award on October 2nd, 2011.