Tennessee Highway Patrol Urges Motorists to Watch Out for Deer 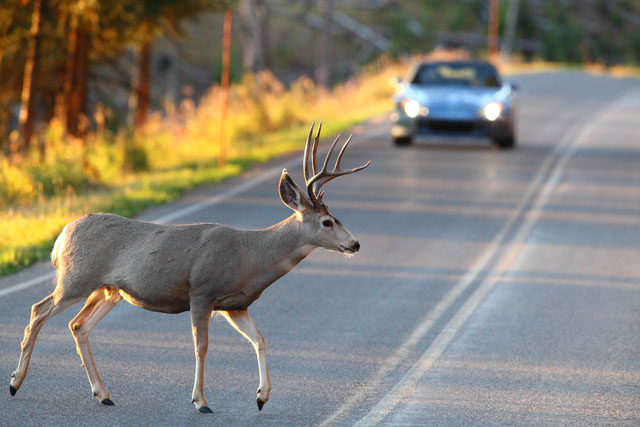 Nashville, TN – The Tennessee Highway Patrol cautions motorists to watch out for deer on or near the roadways this fall season. An increase in deer-related crashes is likely during the months of October through December due to deer mating and hunting season.

“A crash with a deer can be a very serious and dangerous incident,” THP Colonel Tracy Trott said. “Deer pose a danger to motorists throughout the year, especially in the fall. Our stats show November is typically the worst month for deer-related crashes. It is important motorist exercise caution, slow down and remain alert in areas where deer are populated.”

In Tennessee, between 2011 and 2015, 22 percent of deer-related crashes occurred on interstate highways.

However, since 2011, deer-related crashes in Tennessee have increased 22.04 percent.

Remember that mating season puts deer on the move and deer tend to move at dawn and dusk.

“October and November are prime months for the rut, which is the time of year when male deer (bucks) are focused on seeking females,” Don King, Tennessee Wildlife Resources Agency’s Chief of Information and Education said. “Many times bucks will be less aware of their surroundings, including traffic, as they follow their natural instincts in seeking does.”

In the event of a deer crash, move the vehicle as far off the road as possible, and dial *THP (*847) from an available cell phone for assistance. The call will be connected to the nearest THP Communications Center and a State Trooper will be dispatched to the location.