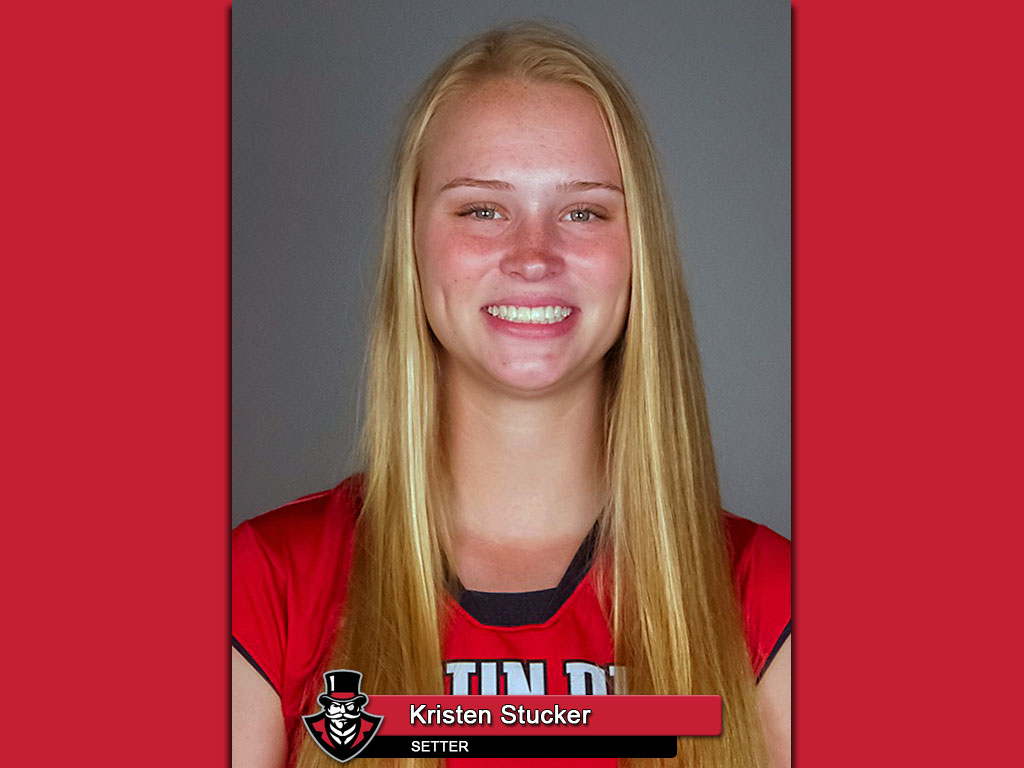 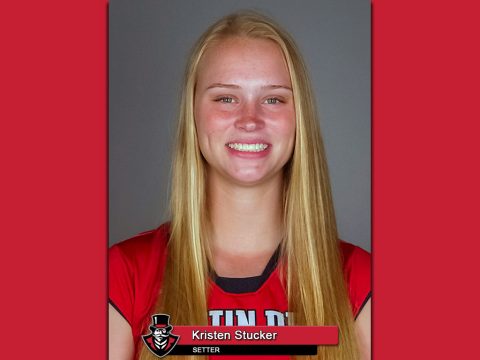 Stucker, of Johnston, Iowa, averaged 13 assists per set in the two matches while marshaling the Govs to a team .346 attack percentage in the two wins.

She also had 13 digs (2.17 per set) and three kills during the week. Stucker shared this week’s setter award with Murray State’s Hannah Stultz.

In the Govs win against then co-first place Jacksonville State, Stucker was credited with 44 assists as the Govs posted a season-best .377 attack percentage and a 56-kill performance that was its best in a three-set match this season. 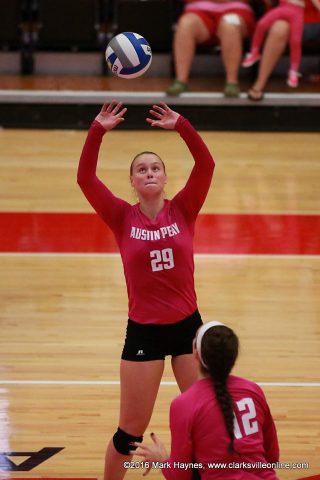 The next day, Stucker handed out 34 assists as the Govs posted a .316 attack percentage in a three-set win against Tennessee Tech.

It is the second time this season Stucker has earned at least a share of the league’s weekly setter award. She was named Setter of the Week alone on September 19th.

Austin Peay has three matches on its schedule this week, starting with a 6:00pm, Wednesday nonconference tilt at Middle Tennessee.

The Govs then stay in-state for OVC matchups at Belmont (6:00pm, Friday) and Tennessee State (2:00pm, Saturday) over the weekend.