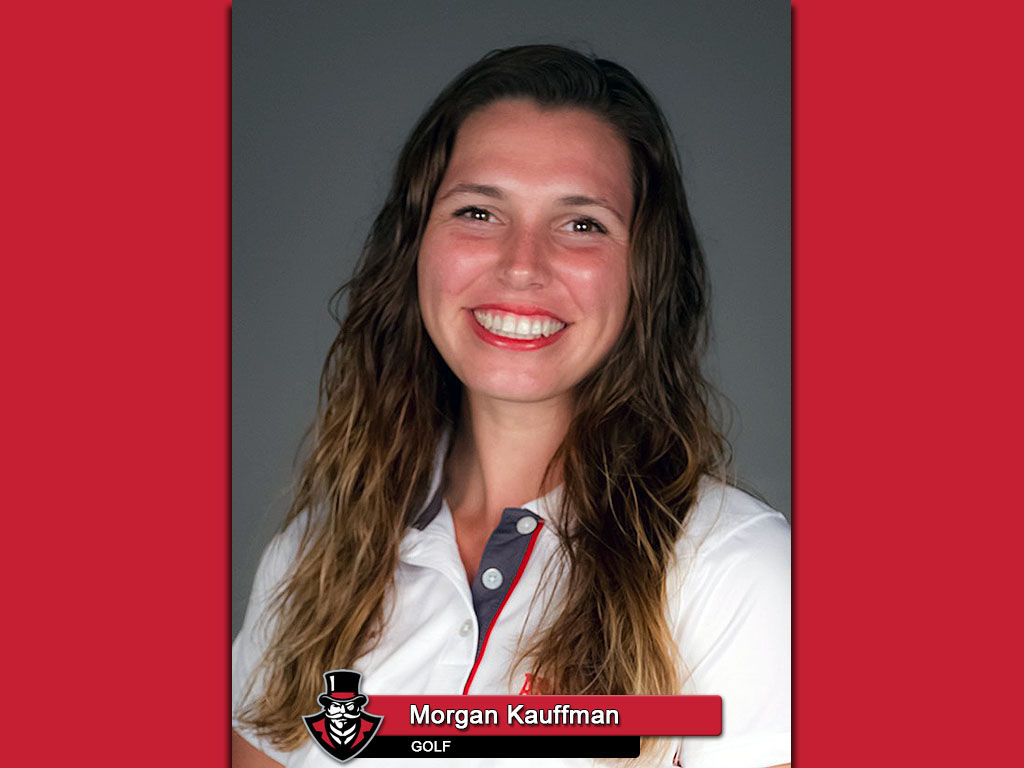 After struggling in her final home tournament two weeks ago, Kauffman battled back with her season’s first top-10 showing over the weekend at the Winthrop Intercollegiate. 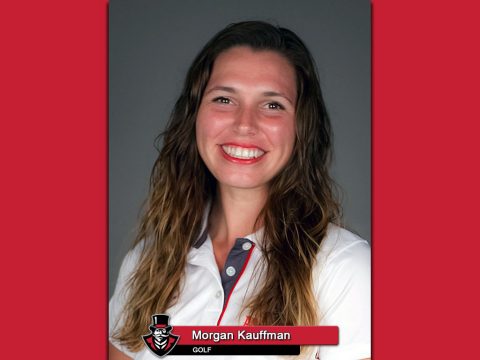 Saturday’s opening-round 76 was her best first-round performance this season and one shot behind her season-low 75 in the second round of the Cardinal Classic, September 19th.

Sunday, Kauffman continued her stellar player from the opening round and narrowly missed out on All-Tournament honors. Her final-round 78 was tied for the team-low; she finished at 154 (76-78), tied for seventh overall. It was her best finish since earning All-Tournament honors at last season’s OVC Championship.

“We’re excited for Morgan to be given this honor,” said head coach Sara Robson. “She works hard day-in, day-out, so seeing her be rewarded is exciting. Her play this week was even better than her score. She’s a great kid and hard worker who will see much success in the spring.”

This is the Knoxville native’s first career weekly honor from the conference, which she shares this week with Morehead State’s Ana Dieguez Gonzalez de Mesa. Kauffman is the second Gov to earn a weekly honor from the OVC this fall, joining sophomore Taylor Goodley, who was honored for the week of October 12th.

The Govs return to action March 10th-11th with a dual against Belmont in Gulf Shores, Alabama at Craft Farms Golf Resort.