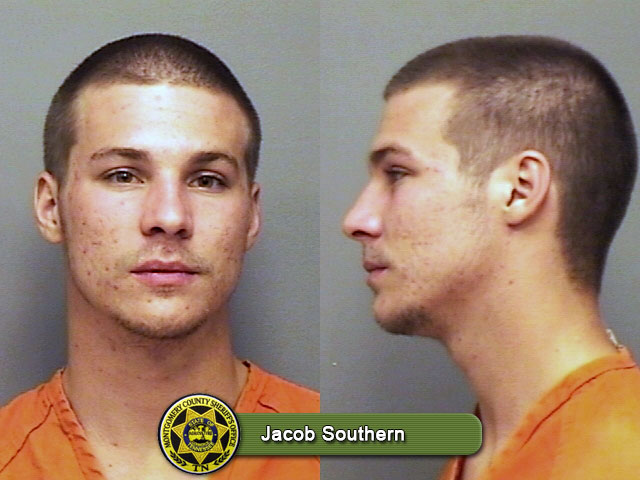 Clarksville, TN – A Clarksville man has been arrested for vehicle vandalism.

The Clarksville Police Department responded to the Montgomery County Veterans Plaza Wednesday morning, November 16th, 2016 due to several vehicles in the parking lot having their tires slashed.

Deputy Pectol, with the Montgomery County Sheriff’s Office, recognized the suspect as Jacob Southern, 22, after reviewing security video footage of the incident. 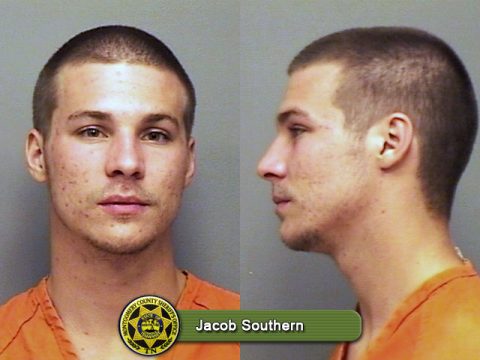 Southern, was seen on the video slashing tires on ten vehicles parked in the Plaza parking lot Wednesday morning.

Deputy Pectol patrolled the area and was able to locate Southern walking on Golf Club Lane.

Southern was taken into custody and booked into the Montgomery County Jail on vandalism charges.