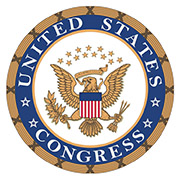 Congressman Blackburn said: “From the start of his career in Senator Howard Baker’s office, Fred Thompson was dedicated to first principles and conservative values. Thompson went to school in Lawrence County and his contributions were appreciated and respected by all Tennesseans.” 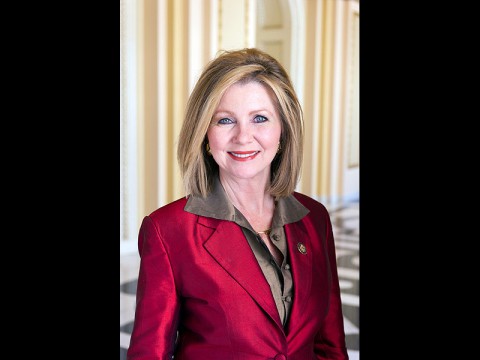 “Passing legislation to name the federal courthouse in Nashville after him is a great way to show our respect for his commitment to the people of Tennessee. Senator Alexander filed the companion legislation in the Senate and my colleagues and I look forward to its passage there,” stated Congressman Blackburn.

Congressman Black said: “Fred Thompson was a statesman who led with conviction, and he was a visionary who helped turn our state into the conservative success story that it is today. Tennessee shines brighter because of Fred Thompson’s service. This courthouse will serve as a worthy tribute to his enduring legacy.”

Congressman Cohen said: “It is an honor to be a cosponsor of this bipartisan bill to honor my friend Fred Thompson. Fred served the United States Senate and the state of Tennessee with distinction for 8 years. He was a proud graduate of the University of Memphis and the only U of M grad to ever serve in the Senate. I was present when the National Conference of State Legislatures awarded him the Restoring the Balance Award for his dedication to federalism. For Fred, it was not a political or campaign issue, it was his philosophy. Despite our different political parties, Fred was always encouraging to me and I valued our friendship. He led an eclectic life from his time as an outstanding congressional staffer during the Watergate hearings and as a fine attorney, actor, and public servant. It is most appropriate that we name the federal courthouse in Nashville after this great American.”

Congressman Fincher said: “I am proud to recognize Fred Thompson as a great public servant and great Tennessean. As a prominent figure, he never strayed from his small-town Tennessee values and always conducted himself with integrity. This federal courthouse will serve as a testament to his lifetime pursuit of justice and as an inspiration for those who walk in his footsteps.”

Congressman Fleischmann said: “Senator Thompson had incredible career as a U.S. attorney, columnist, actor, and legislator.  Most importantly, however, he was a proud Tennessean and I’m pleased that a Federal Courthouse will soon bear his name.”

Congressman Roe said: “Senator Thompson rose from humble beginnings to national prominence through hard work and perseverance. Fred dedicated much of his life to serving the state of Tennessee and this great country, and I am proud to join the Tennessee delegation to honor the memory of a great man I was lucky to call a friend.”
Senator Alexander said: “I am pleased the House voted to name the new Nashville federal courthouse in honor of Fred Thompson whose career as an attorney, Senate investigator, actor and United States Senator made him one of Tennessee’s most celebrated public figures. I look forward to the Senate taking up this legislation and passing it before the end of the year.”

Senator Corker said: “Fred Thompson served the people of Tennessee and our country with great distinction.  Through his many different roles in public life, Fred never forgot where he came from, and our state and country miss his common sense approach to public service. I was proud to call him a friend and am pleased to join my colleagues to honor his life in this way.”