Yonkers, NY – Too many people with insomnia routinely rely on over-the-counter sleep medications on a daily basis, finds Consumer Reports.

Given how many people develop a habit of taking these drugs, CR takes a closer look at the claim “non–habit forming,” found on packaging for these widely available medications, and notes that dependency can be psychological in nature and not necessarily physical. 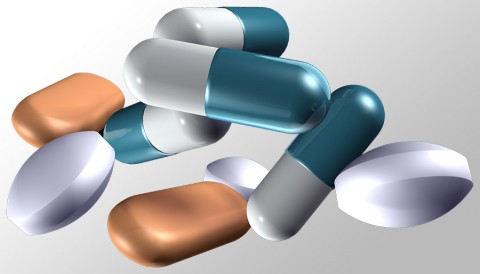 In a nationally representative survey by Consumer Reports, nearly one in five (18%) respondents who said they took an OTC sleep aid within the past year, took it on a daily basis. An extraordinary forty-one percent of people who have taken OTC sleep aids in the past year said they used these medications for a year or longer.

“More people turn to over-the-counter sleep drugs than prescription meds for help with their insomnia. But given these survey findings, we can see consumers are taking them for far too long, which can be risky,” says Lisa Gill, deputy content editor of Consumer Reports Best Buy Drugs, a public education project that reviews more than 650 medications for common health conditions.

Facts about the risks

One of the more serious concerns associated with the long-term use of first generation antihistamines, including diphenhydramine, is an increased risk of the possibility of dementia, including Alzheimer’s disease. “Our new report shows that for people with chronic insomnia, working with a cognitive behavioral therapist is a much better and safer first step than medication,” says Gill.

Diphenhydramine, found in many night-time sleep aids, may cause complications such as constipation, confusion, dizziness and next-day drowsiness and put consumers at increased risk for impaired balance, coordination and driving performance the day after the drug is used.

Consumer Reports Best Buy Drugs suggests if you must take an OTC insomnia medication, do so for only a few days at a time at the lowest recommended dose. And never take extra pills or mix the medication with other sleep drugs. If your insomnia doesn’t go away after two weeks, it’s time to see a doctor.

For consumers struggling with chronic insomnia, CR Best Buy Drugs recommends cognitive behavior therapy (CBT) instead of sleeping pills as a first choice treatment. And for those who opt for a sleep aid, CR recommends several steps consumers can take to be safe. The report is part of a broader sleep package with advice on shopping for mattresses and pillows, featured in the February 2017 issue of Consumer Reports and online at CR.org.

Consumers with sleep troubles – which can be easily aggravated during the holidays – might think the easy solution is to reach for one of those sleep drugs available over-the-counter such as Advil PM, Nytol, Simply Sleep, Sominex, Tylenol PM, Unisom SleepMinis, or perhaps the popular ZzzQuil, from the makers of Nyquil.

Of concern is the drug diphenhydramine, a remedy long used to treat seasonal allergies that can create a psychological dependency, even though the U.S. Food and Drug Administration (FDA) allows manufacturers to claim lawfully that OTC drugs are non-habit forming.

The claim “non-habit forming” has been allowed since before the 1962 passage of legislation requiring drugs to be evaluated for safety, quality, and effectiveness before being marketed. At the time of their approval as OTC sleep aids, there wasn’t enough evidence to show the drugs caused dependence, so the term remains even now on packages of OTC sleep meds.

Based on a review of medical evidence, for those whose chronic insomnia is not so easily fixed, Consumer Reports Best Buy Drugs recommends the following:

Dangerous combination: alcohol with sleep aids and other medications

Consumer Reports’ recommendation never to drink alcohol while taking OTC sleep aids is confirmed by another report warning consumers about the dangers of mixing medications with alcohol [2], which offers timely and potentially life-saving advice for holiday party goers. More than 100 medications – including prescription and OTC medications – can interact with alcohol, bringing on problems ranging from headaches and nausea to difficult breathing and internal bleeding and worse.

The free report explains which types of medications place consumers at increased risk of medical conditions such as dizziness, drowsiness or more serious conditions, like seizures and liver damage. For people age 65 and older who may take multiple medications, the risk of harmful drug-alcohol interactions becomes even more serious.

CR explains that aging slows the body’s ability to break down alcohol, so it remains in the system longer. “Even one drink can pose hazards if it’s combined with the wrong medication. In some situations, you may need to abstain from alcohol a day before or after taking certain drugs,” says Gill.

The organization has advanced important policies to cut hospital-acquired infections, prohibit predatory lending practices and combat dangerous toxins in food. Consumer Reports tests and rates thousands of products and services in its 50-plus labs, state-of-the-art auto test center and consumer research center. Consumers Union, a division of Consumer Reports, works for pro-consumer laws and regulations in Washington, D.C., the states, and in the marketplace.

[2] another report warning consumers about the dangers of mixing medications with alcohol: http://www.consumerreports.org/drugs/medication-alcohol-dont-mix-these-drugs-and-drink/