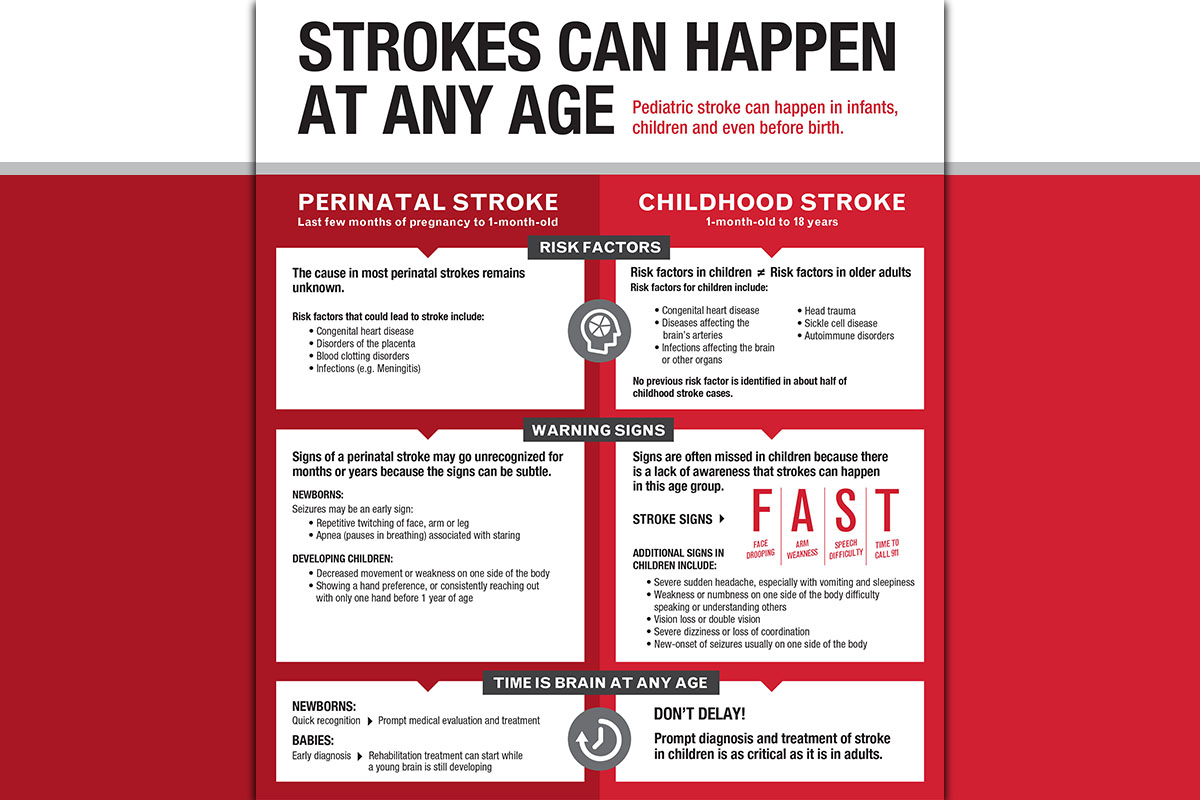 Houston, TX – Children are far more likely than adults to report headache when having a stroke, according to research presented at the American Stroke Association’s International Stroke Conference 2017.

“Stroke should be considered as a possible diagnosis in any child with a headache and additional symptoms of weakness or numbness (in the face, arm, or leg) or changes in walking, talking, or vision. Urgent brain imaging may be required to distinguish a migraine with aura from a stroke,” said Lori L. Billinghurst, M.D., M.Sc., lead author of the study, clinical assistant professor of neurology at the University of Pennsylvania, and apediatric neurologist at Children’s Hospital of Philadelphia. 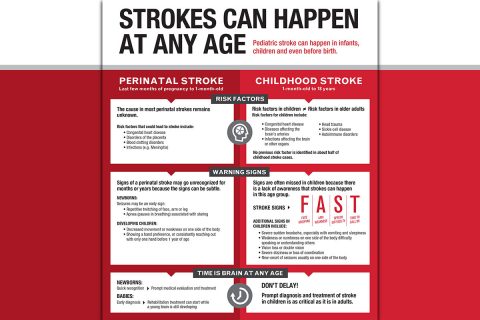 To examine how frequently headache occurs in childhood stroke, and whether headache pain is related to the reason for the stroke, researchers examined whether headache was documented at the onset of clot-caused (ischemic) stroke in 355 children (age 29 days to 18 years) enrolled in the multi-center Vascular Effects of Infection in Pediatric Stroke (VIPS) study funded by the National Institutes of Health.

Headache was reported in 6 percent of children under age 3 and 46 percent of those 3 or older – far higher than the estimated percent of adults who Billinghurst noted experience headache with an ischemic stroke.

Researchers note that the younger children may not have been able to communicate if they were having a headache.

Abnormalities in the blood vessel walls are a major reason for stroke in children, but the presence of headache did not distinguish between children with strokes related to artery abnormalities from others.

In children 3 or older, researchers found headache was reported in:

However, of the 92 strokes in children with definite artery abnormalities related ischemic stroke, there were significant differences depending on the type of abnormality, with headache occurring in:

The headache information in the study was limited to whether a doctor or parent reported that a child had a headache at the time of the stroke, so the researchers could not evaluate details such as when headache began, how long it lasted, how it was treated, or whether the child or family members were known to have had migraine headaches in the past.

The VIPS study is funded by the National Institute of Neurological Disorders and Stroke.