Since 2010, Montgomery County’s growth rate of 13.6%, or 23,372 new residents, is among the top counties in the state. Population estimates for the city of Clarksville have not yet been released. 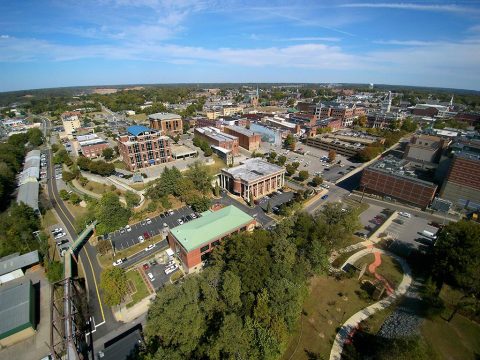 “Middle Tennessee, overall, has experienced tremendous growth over the past two decades. We’re one of the few counties that has sustained these growth levels for that period of time,” said Economic Development Council Executive Director Cal Wray.

“This trend of sustained and steady growth is a positive pattern and what we want to see. Positive growth perpetuates positive growth; success breeds success. A stronger educational base attracts business and jobs that need a more highly educated workforce,” Wray stated.

“We would expect to see the ripple effects in coming years with higher incomes and stronger retail spending, which means higher-level retailers will be looking in this market. It all works together for a strong, diverse economy, which is what we have here in Clarksville-Montgomery County,” said Wray.

“For the past 20 years, we’ve been working collectively and diligently to recruit strong industry, assist with small business development, and create a community where people want to live and raise their families. We don’t get everything right every time, but we are undoubtedly doing some things well,” stated Bates.

“We are fortunate to continue to attract new companies bringing more jobs; have great educational opportunities with CMCSS and Austin Peay; and have existing business expansions – all these bring people to our area,” said Montgomery County Mayor Jim Durrett.

Durrett continued, “We have been feeling the effects of our growing population, and now we have the official numbers to back it up. The future for Montgomery County is bright!”