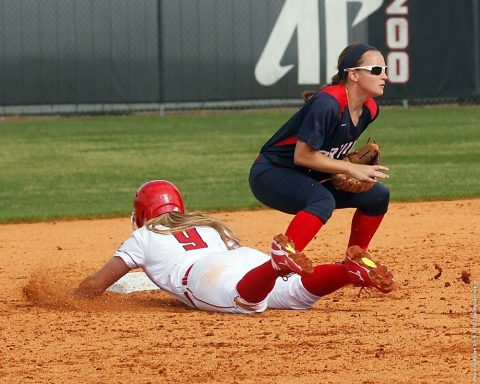 Overall, the doubleheader will be the 70th and 71st all-time games in the series between the Govs and the Tigers – the sixth most played series in APSU history – dating back to their first meeting on March 21st, 1987, with Austin Peay holding a 42-27 overall lead in the series and a 26-8 advantage in games played in Clarksville.

The 42 wins is also the most victories by Austin Peay over any opponent played in its history.

Offensively after the Govs first 42 games this season, they are led by sophomore third baseman Danielle Liermann [2]‘s .321 batting average – which includes 10 doubles and nine home runs, along with a team-high 32 runs driven in.

Red-shirt sophomore outfielder Kacy Acree [3] and catcher Carly Mattson [4] are also batting over .300 this season, with Acree hitting at an .306 clip, while Mattson is just two points behind at .304. 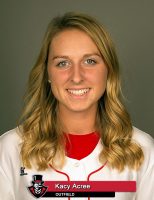 Acree also has seven doubles, four triples and seven home runs to her credit this season, while leading the team in runs scored (28) and stolen bases (15).

Mattson is tied with Liermann for the team lead in home runs, to go with her five doubles this year, while leading the team with 18 walks.

In the circle, senior Autumn Hanners [6] and freshman Kelsey Gross [7] have carried most of the workload for the Govs this spring, with Hanners leading the team with a 3.42 ERA in 110.2 inning pitched, in 24 appearances, while posting a 6-11 win-loss mark, with 51 strikeouts.