Clarksville, TN – Vice chair of the Tennessee Board of Regents (TBR) Emily Reynolds will deliver the keynote address at Austin Peay State University’s 88th Spring Commencement on May 5th in the University’s Dunn Center.

Reynolds has had an extensive career in public service and politics, having served under two U.S. senators from Tennessee—Senator Howard Baker and Senator Bill Frist. Both men also served as majority leader of the U.S. Senate. 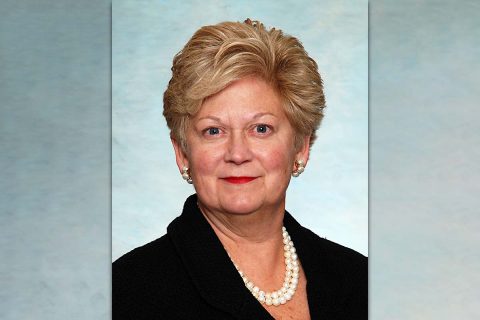 In 2003, the Senate elected Reynolds to serve as the 31st Secretary of the Senate, where she managed the Senate’s legislative, financial and administrative operations for the 108th and 109th Congresses. In 2007, she joined the Tennessee Valley Authority as senior vice president, government relations, and she completed her service at TVA in late 2013.

In September 2010, Governor Phil Bredesen appointed Reynolds to the TBR, and Governor Bill Haslam reappointed her to the board in June 2012. In July 2013, she was named vice-chair of the board. She also serves on the boards of BlueCross BlueShield of Tennessee and First Bank, and she is a former board chair of the Ladies Hermitage Association, now the Andrew Jackson Foundation. In March 2012, Reynolds was named to the Nashville Public Education Foundation’s Public Schools Hall of Fame.

Reynolds will speak at all three commencement ceremonies, at 9:00am, noon and 3:00pm, on May 5th, in the Dunn Center. This is the first time the University has hosted three commencement ceremonies, and this milestone is the result of the continued increase in graduates at Austin Peay. University officials opted to host a third ceremony for this spring’s large number of degree candidates, rather than limiting guests by requiring tickets for admission.

APSU offers a free live webcast of each commencement ceremony. A link to the webcast will be made available within 24 hours of each ceremony. The ceremonies also will be broadcast live on Magic91.9 WAPX-FM, a broadcast service of the APSU Department of Communication.