Columbia, SC – On a recent trip to South Carolina, my first, I was rolling down the interstate when I noticed a road sign for the Fort Jackson National Cemetery.

I had to visit.

I’m not a history buff, in fact it wasn’t one of my favorite courses in school, but there’s just something about being able to be among those who gave the ultimate sacrifice for me. To be able to look out across the field at all the headstones and try to just think about what they went through. To think about how they laid down their life. 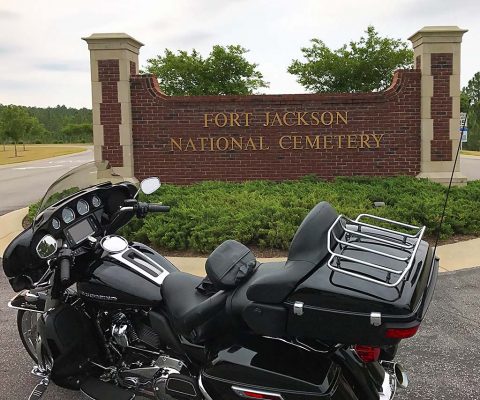 The cemetery is 585 acres, authorized by the Veteran’s Administration in 2003. It was dedicated in 2008. Fort Jackson joins two existing civil war cemeteries in South Carolina, including, Florence National Cemetery, and Beaufort National Cemetery.

When you drive into the facility, you enter down a tree lined entry way and as you approach, the grounds just open up to you. You face an American Flag and you’re just overcome with reverence and emotion.

So many, gave so much.

Burial in the National Cemetery is open to all members of the armed forces who have the minimum active duty service requirement and were discharged under conditions other than dishonorable.

I stopped to take some pictures and just sat there and took in the ENORMITY of where I was and said a quick prayer of thanks to those I had visited.

Take the time on your next trip and visit historical places like this and enhance your appreciation for the things that make this country great.