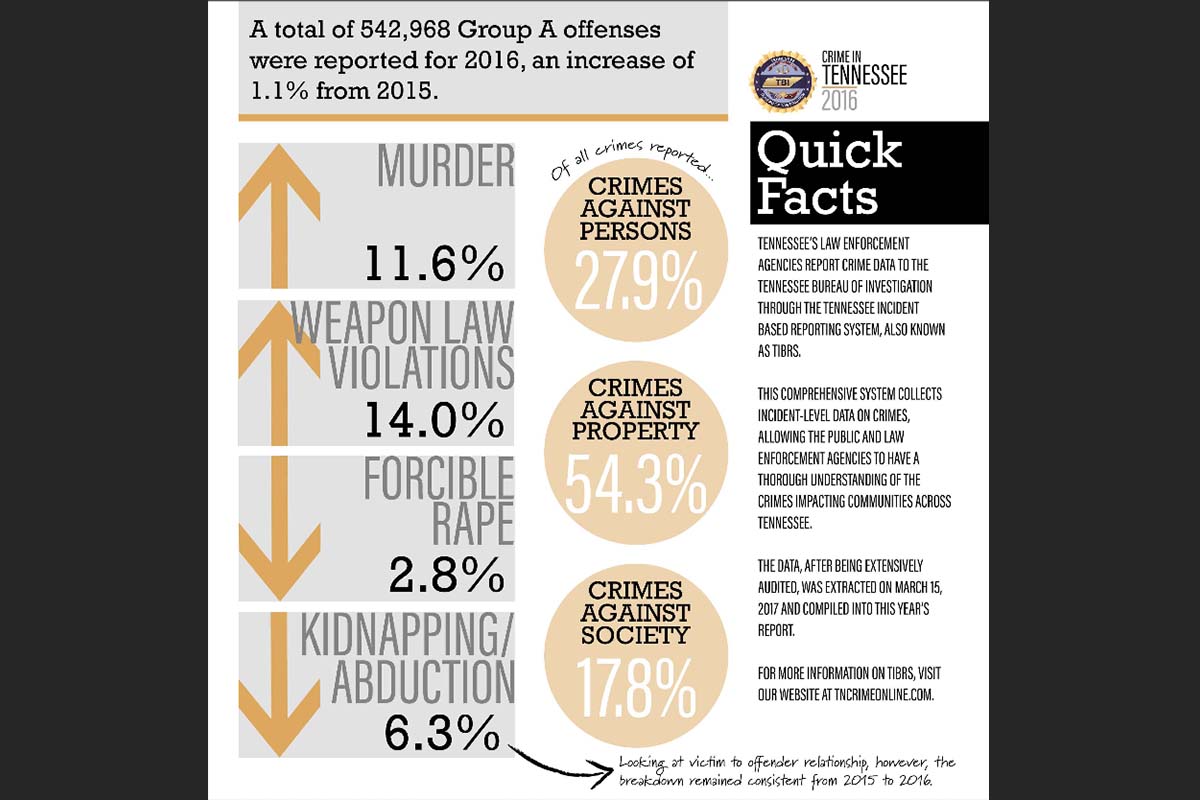 Nashville, TN – The Tennessee Bureau of Investigation released two reports, detailing the volume and nature of crime identified as hate crime and violence against the state’s law enforcement officers. 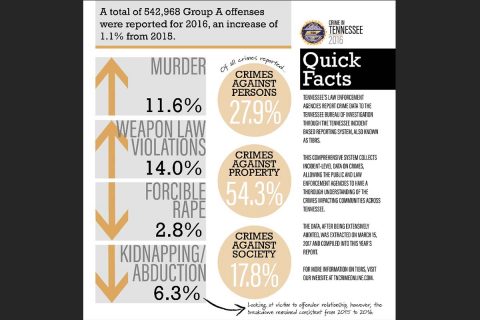 Among the findings from ‘Tennessee Hate Crime 2016’:

Among the findings in “Law Enforcement Officers Killed or Assaulted (LEOKA) 2016”:

As with all of its crime publications, the TBI cautions against using the data provided in these reports to compare one jurisdiction to another. The factors impacting crime vary from community to community and accordingly, comparisons are considered neither fair nor accurate.

Both reports are currently available for review on the TBI’s website: www.tn.gov/tbi.

Facebook
Twitter
Pinterest
Email
Print
Previous articleNASA looks for ideas for a Manufacturing Laboratory in Space
Next articleMy Two Cents: Nashville Predators On The Verge, Fans Off The Charts