In Sunday’s rubber match against UT Martin, Robles earned another in a series of firsts in his Austin Peay career—his first cycle, in a 5-for-5 effort that paced the Govs to an 8-5 win against the Skyhawks. Additionally, Robles earned the win on the mound with a six-inning, six-strikeout performance—the first known instance of a player hitting for the cycle and earning the win on the mound in the same game. 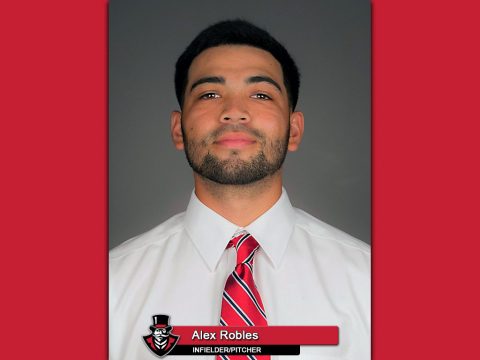