Clarksville, TN – Investigators with the Montgomery County Sheriff’s Office are seeking the public’s assistance in locating a man responsible for over $75,000 in stolen goods and over $10,000 in damage to a local daycare.

Thomas Christopher Nelson, 31, has seven warrants on file for this arrest. He is wanted for three counts of theft, two counts of vandalism, burglary, and evading arrest. His total bond is set at $225,000.

The warrants stem from three incidents that occurred in Montgomery County.

On May 22nd, 2017, Nelson was identified to be in possession of a stolen trailer and skid steer out of Stewart County. As he evaded law enforcement, he turned into Priceless Jewels Daycare on Lafayette Road and damage the front of the building.

He is also a suspect in numerous other thefts in the Woodlawn area. 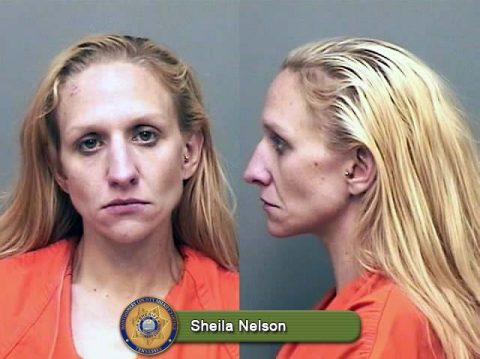 Nelson’s wife, Sheila Joann Nelson, 32, has been arrested in connection with the incident that occurred on May 22nd, 2017. She has been charged with accessory after the fact and simple possession. Her bond was set at $75,000.

Anyone with information concerning his location is asked to call 911 or Investigator Bryan DeRose at 931.648.0611 extension 13425.