Fort Campbell, KY – Twenty years ago, enlisting in the Army was the last thing on the mind of a scrawny freshman from Fowlerville, Michigan, much less earning the title of the 101st Airborne Division (Air Assault) Noncommissioned Officer of the Year. 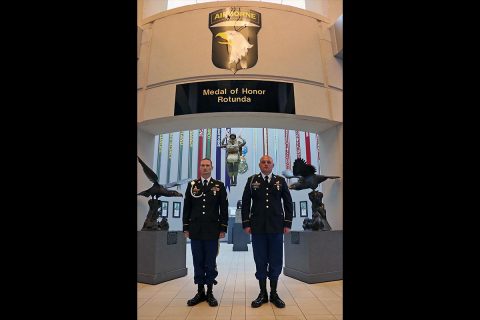 “I was terrible at sports,” said Smith. “At 82 pounds, I wasn’t strong, I had no endurance, but I had a desire to win and be better.”

Smith’s drive to succeed began to bring out his competitive side.

“I was never any good, but I just kept trying my best and to the beat the person to the left and right of me, and finally my senior year it paid off,” Smith said.

Smith represented his high school at the state championship in pole vaulting.

“That’s when I realized if you just keep trying and pushing yourself, you will eventually reach your goals,” said Smith.

Smith’s passion to continue to challenge himself was put to the test when his younger brother was injured during his third tour to Iraq.

“I always supported my brother for his decision to enlist in the military and serve his country, but when he got hurt, it really hit home for me,” said Smith. “If I really wanted to support him, the military and my country, I had to do something about it.”

In August 2008, Smith enlisted into the Army and began his military journey. 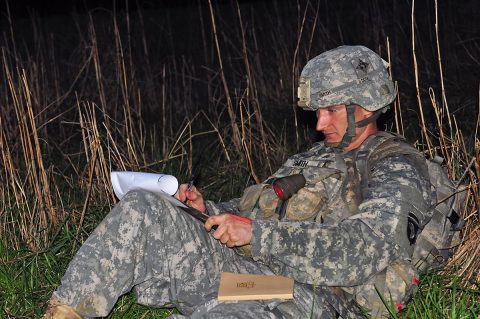 “Since the first day I joined the military, I joined to make this a career,” said Smith. “I love the Army, my job in the signal corps, and being an NCO, leading and developing Soldiers,” said Smith.

Smith’s love for the Army and leading Soldiers led him to compete in multiple best Soldier boards, earning him a spot in the 101st Abn. Div. NCO and Soldier of the Year competition.

“I think [going to boards] as an NCO has a lot to do with leading from the front,” said Smith. “If [Soldiers] see you, an NCO, walking into a board with confidence, that mentality will carry on to them.”

Smith represented the brigade at the division competition and endured three grueling days of physical and mental challenges.

“I spent the entire time [during the competition] doing my absolute best because I knew that’s what my leaders expected of me,” said Smith.

Once again, Smith’s passion for competition and his “never give up” attitude earned him the title of the 101st Abn. Div. NCO of the Year.

Although winning came as a surprise to Smith, for some of his former leaders it was no surprise at all.

“Sgt. Smith is a leader who strives to be technically and tactically proficient every single day,” said 1st Lt. Jeffrey D. Garner, Smith’s former platoon leader in 58th Signal Co. “I knew he would put all his effort into the competition and the fact that he won just showed that his hard work paid off.”

Just like Smith had hoped, his motivation to succeed carried on to the Soldiers in his company.

“As a company we all strive to be technically and tactically proficient but after Sgt. Smith won, it really hit home,” said Garner. “I can see how motivated the Soldiers are and we even had some Soldiers win our battalion’s [Soldier of the Month] boards these past months.”

Smith, who will be representing the 101st Abn. Div. during the 18th Abn. Corps NCO and Soldier of the Year competition in June, said he hopes to continue motivating Soldiers.

“You have to always give 100 percent, whether it’s a competition or a daily task,” said Smith. “You will eventually become that person you want be, it may take time, but never quit on yourself.”