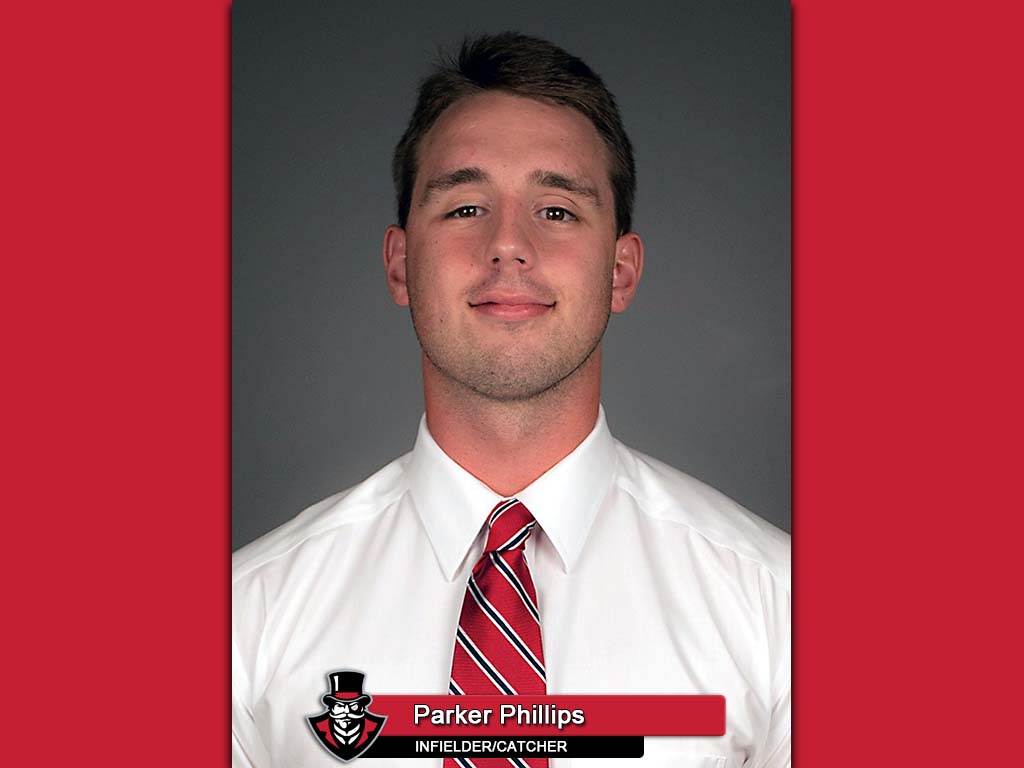 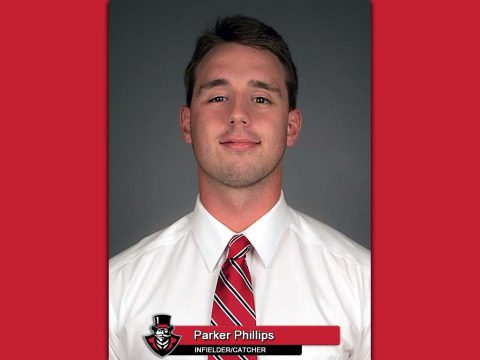 Phillips, who also received Ohio Valley Conference All-Freshman honors in May, set an Austin Peay freshman record with 12 homers in his rookie campaign – second most among Govs hitters in 2017. With two weeks remaining in the baseball campaign, those 12 home runs rank third among all NCAA Division I freshmen.

He also set the program’s all-time record with 22 times hit by pitch, surpassing the mark set by Tyler Childress in 2012. It is the sixth most HBPs by a Division I batter and the most of any freshman.

Phillips began his first season at Austin Peay with a red-hot start, batting .450 through the season’s first 11 games. He posted six multi-hit games in that opening stretch, including a 4-for-5 outing against Mercer, March 5th, before a 2-for-4, three RBI outing the next day that capped the opening push.

His average would cool slightly over the next two weeks, bottoming out at .318 during the Murray State series. However, at that moment Phillips showed off his power in an OVC series against eventual league champion Tennessee Tech, March 24th-25th. He supplied four home runs and six RBI as part of a 7-for-10 weekend that also saw him reach base 11 times in 14 plate appearances.

Phillips suffered an injury during the Southeast Missouri series, March 31st, which saw him miss a week of action and led to a month-long battle to regain his form at the plate. The battle would see his average reach a season-low .317 after the Govs series against SIU Edwardsville, May 7th.

However, a move to first base in a May 9th outing against Evansville proved to be the jump start he would need down the stretch as he became the third Govs hitter to post a five-hit outing in 2017 with a 5-for-5 effort in that contest. It was the start of a 10-game stretch that saw Phillips go 15-for-33 (.455) at the plate with four home runs and 13 RBI.

He capped the run with a 2-for-2, four RBI outing in the Govs OVC tourney-opening win against UT Martin, May 23rd, which saw him hit a first-inning grand slam while reaching base in all four plate appearances thanks to being hit by a pitch twice.