My Time with Pastor Jimmy Terry 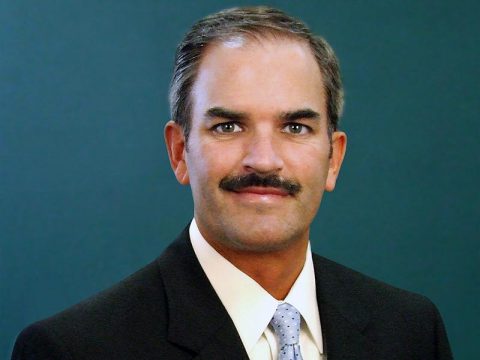 Clarksville, TN – The tributes to Pastor Jimmy Terry have been fast a furious since the passing of the beloved community activist.  His life’s work has been glorified through the testimony of hundreds and thousands of Clarksville area residents, who have been touched by his loving spirit, and service to his community.

Incoming Clarksville Area Chamber of Commerce President, Charlie Koon, penned this letter about his relationship with Pastor Terry, and a visit he had with him in his final days.

As someone who has been fairly active in Clarksville for most of my life, I’ve known Pastor Terry for a long time. He has been a fixture in our community, showing up at Chamber events, school functions, ball games and ringing the Salvation Army bell at Christmas time. Our paths have crossed countless times, over the years.

I was also honored to be a part of the Clarksville Area Chamber of Commerce’s annual dinner where Pastor Terry was awarded the Lifetime Achievement Award on May 9th. When the Chamber made a unanimous decision to give him this award, we didn’t know whether he’d be able to accept it in person because of his illness.

Sure enough, he couldn’t be there but his lovely wife Servella and his son Jimmy Terry, Jr were there to accept his award and they called him and had him speak to the crowd via cell phone and thanks to modern technology, his voice filled the room and we were all blessed to feel his presence again.

The next day, I was driving to a meeting when my phone rang. It was Pastor Terry’s son, calling to tell me that his dad wanted to talk to me. Could I come to their house? Of course, I said yes and headed over that afternoon.

In my lifetime, I’ve only been around people in hospice care a few times. The one thing I knew for sure was that I didn’t know what to expect. I wanted to let Pastor Terry say everything he needed to say and to do whatever he needed me to do.

This was a man who gave his life in service of others. His church, the school he started, his students, family and friends all stand has a testament to his loving and giving nature along with the yard signs he placed throughout Clarksville, the hugs he gave willingly and the genuine “I love you’s” he said without hesitation hundreds of times a day.

When I arrived, he was on the couch, peaceful but in pain. I pulled a chair to his side as I greeted him and he placed a hand on my knee. We talked a bit about how he was feeling and the Chamber meeting. Then he got right to the point.

“Brother Koon, what are your goals for Clarksville?” “I’m sorry, what?” I asked.

“Name five things you want to accomplish this year as the Chairman of the Chamber?”

While I hadn’t prepared for this meeting, I knew the answer and began telling him some of those most important in my mind, which we plan to do this year. He asked about the details and reasons and seemed to approve of our plans, one by one.

At one point during our conversation, a young girl from the Tabernacle Christian School knocked on the door. She had memorized a poem and wanted to share it with him. With a smile, he motioned her in the room.

After she recited “Can’t” by Edgar Albert Guest, he took her hand and thanked her and told her what a great job she’d done. Looking back, I know how appropriate it was for her to appear at that moment.

You see, the plans and visions Pastor Terry and I were talking about are the kind that many people will say can’t be done. How will you pay for it? Who will get on board? Who will be responsible?  That little girl’s poem reminded me, we won’t move forward with “can’t” on our minds.

When she left, we started talking again. I knew the conversation was exciting for him because he could envision it all.  But I also knew it was exhausting for him. By the time we got to number four, his nurse came in to give him his medication and I left the room to give him some privacy.

I fully expected the nurse to tell I’d taken enough of his time, but she only smiled as she left and walked by me. I went back in the den, thinking I’d say a quick goodbye. I told him I’d enjoyed our visit and I was going to let him rest.

That wasn’t Pastor Terry’s plan. “I need to hear about number five,” he said.

As we finished our conversation, I was left with more vision and commitment than I’d walked in with. He then asked me to pray with him. If you’ve ever met Pastor Terry, chances are you’ve had a similar experience. He was laying on the couch with a Bible on his chest and he asked me to place my hand on the Bible.

I did so, lightly, because the pressure caused him too much pain.  I’ve attended hundreds of church services in my lifetime. I’ve heard thousands of prayers given in just about every kind of situation from weddings to funerals to sporting events to military programs.  I
believe in the power of prayer and the presence of God.

I can tell you that sitting in that small room, with a dying man whose heart is filled with nothing but love, was one of the most intense and genuine spiritual experiences of my life.

I’m not a preacher and not particularly trained in religious doctrine but I can tell you that the Holy Spirit is alive. I felt it that day with Pastor Terry.

It’s important for me to tell you this because during that time, Pastor Terry prayed for Clarksville. He told God that he knew he couldn’t finish the tasks he’d been assigned. He prayed that his work would continue and that God would give his incomplete tasks to people with willing hearts and spirits.

At a time when many of us would be concerned with our own mortality and, quite frankly, our own pain, Pastor Terry was still praying for and loving all of us.

At one point in our conversation, he told me, “Brother Koon, people don’t get better when they enter hospice care, but that’s ok, I’m happy.”

Almost unbelievably, he was.

I have had wonderful opportunities in my life and I’ve met some amazing, accomplished people. One of the most treasured times of my life will be that quiet hour I spent with Pastor Terry, talking about the community we love and the presence of a living God in our lives.

That conversation, like the impact he made on all of us who knew him, will live on.

Thank you Pastor Jimmy Terry for your love and guidance and you are correct, ”Clarksville is a Great Place to Live!”

Charlie Koon is the Director of Workforce and Economic Development at Workforce Essentials, Inc. and the incoming President of the Clarksville Area Chamber of Commerce.