Tennessee on Pace to Break Record with Employer Tax Credits 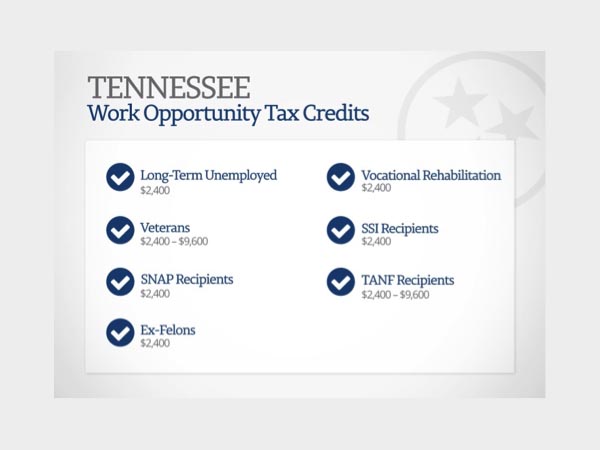 2017 is on pace to be a record-breaking year for the WOTC program in Tennessee. 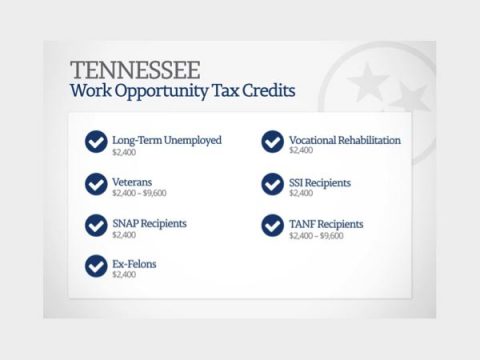 “The amount of funding the Work Opportunity Tax Credit offers Tennessee employers can be of an enormous benefit to a company’s financial situation, while at the same time helping an individual who is struggling to find meaningful employment.  It is truly a great program,” said Commissioner Phillips.

The number of eligible applications approved by TDLWD between January and June of this year is just over 2,000 fewer applications then the total of all approved applications in 2016.  Just six months into 2017 and the TDLWD has already awarded $5 million more in tax credits than the 12-month total for 2016.

The WOTC provides federal tax credit incentives to employers who hire eligible individuals.  A company can receive a tax credit that ranges from $1,500-$9,600 per approved employee.

Eligible workers must come from targeted groups that consistently face significant employment barriers trying to enter or reenter the labor force.  Those groups include persons who have been unemployed for a long period of time, veterans, food stamp recipients, ex-felons, persons in vocational rehabilitation, social security insurance recipients, as well as several other groups of individuals.

“This specialized tax credit is a win for both the Tennessee worker and employer,” said Commissioner Phillips.  “It helps move eligible workers from economic dependency, into self-sufficiency, while reducing an employer’s income tax liability, making it easier to do business.”

Employers may visit the TDLWD website and apply for WOTC.  The automated application process is quick and efficient, and saves an estimated 700,000 pieces of paper each year.