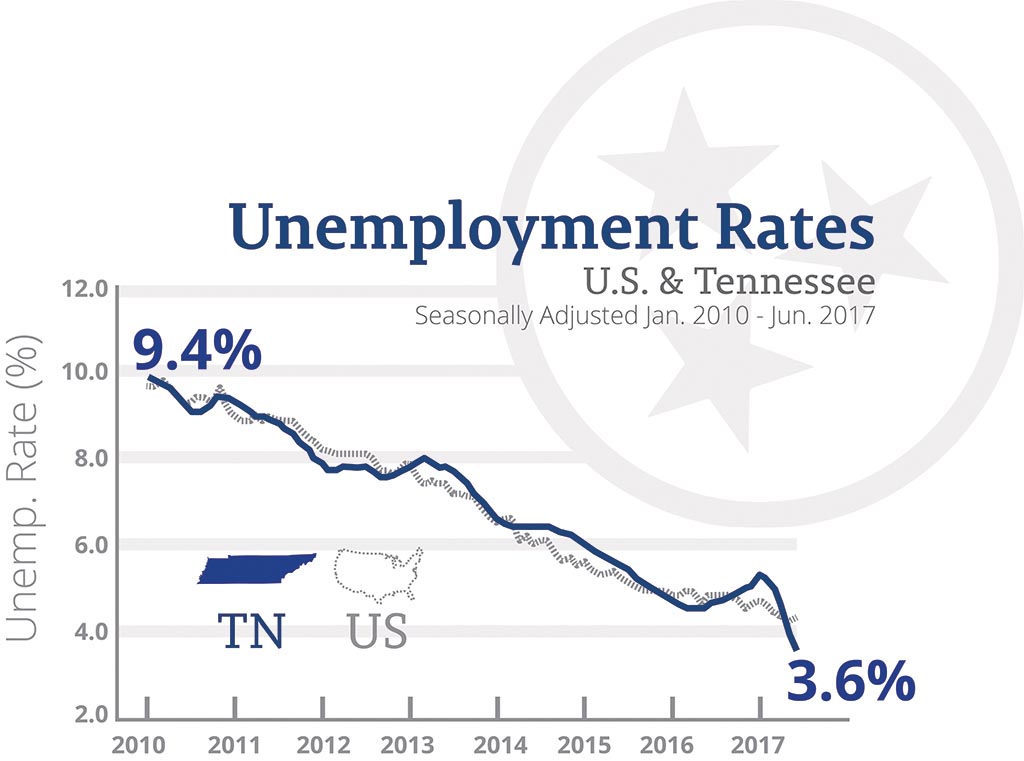 Tennessee has unemployment rate of 3.6 percent for June 2017 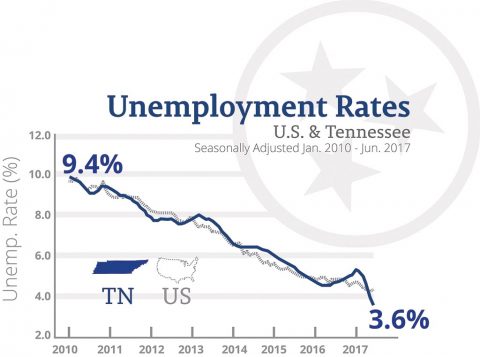 The state has not experienced an unemployment rate below 4.0 percent since it was 3.9 percent in February 2001.

“What’s truly exciting about today’s news is that this is a statewide story,” Haslam said. “Today more than ever, businesses have a choice of where to grow or expand, and because of the policies this administration has put in place working with the General Assembly, we’re seeing the job growth that comes when businesses choose Tennessee.”

“When a state’s rate declines during a national uptick in unemployment, that’s something to note,” Phillips said. “Just seven years ago more than 10 percent of Tennesseans were out of work. One of Governor Haslam’s top priorities has been to make Tennessee the best state in the southeast for high quality jobs. All indications point to that priority becoming a reality.”

Between May and June, the total nonfarm employment has increased by 5,900 jobs. The largest industry increases occurred in leisure/hospitality, trade/transportation/utilities, and mining/logging/construction.

Nonfarm employment has increased by 59,300 jobs within a 12-month span. Industry increases were greatest in professional/business services, trade/transportation/utilities, and leisure/hospitality industries.

The Economic Analysis and Labor Force Estimates are prepared by the Employment Security division’s labor market information specialists. The division reports metrics and contextual information as it relates to employment, income, and population in Tennessee.