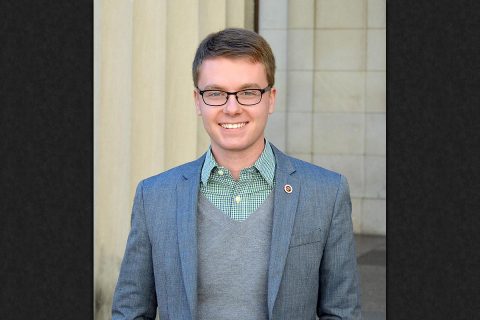 The talk will focus on what is so rare about this cosmic occurrence and what we can learn from it. A coincidence of time and geometry, the total solar eclipse has drawn intrigue and speculation for thousands of years.

This summer, for the first time since the early 20th century, the moon’s shadow will pass over parts of the United States, transforming day into night for over two minutes. Those on the eclipse’s path will be struck with awe, and scientists will have access to important new data.

Robertson’s talk is the fourth in a series of events promoting the upcoming Total American Eclipse, which will occur August 21st, 2017, with Clarksville being one of the cities nearest to the point of greatest eclipse. Austin Peay is celebrating the phenomenon with a series of educational events surrounding the eclipse, coined as the PeayClipse.

During each Movies in the Park event, APSU will sponsor a booth staffed with Eclipse Educators who will be offering solar viewing glasses and special commemorative educational books about the eclipse, along with schedules, eclipse information and safety tips for viewing. The University is offering this in partnership with the City of Clarksville and Montgomery County as a community educational outreach and to inform the community about events which will be held in the Dunn Center and Fortera Stadium on the day of the eclipse.

Jacob Robertson is a senior physics student at Austin Peay State University. On campus, he is active in the physics and astronomy club, student government, and high altitude ballooning. Recently, Jacob worked with the College of STEM to prepare for the upcoming eclipse by training student volunteers to interact with the public.

Off campus, he interns at Fermi National Accelerator Laboratory where he assists with data calibrations of the Dark Energy Survey, a project seeking to better understand the accelerating expansion of the universe.

This summer, Jacob worked to promote science outreach by university physics clubs across the nation through an internship with the American Institute of Physics in Washington, D.C. He is interested in using outreach and policy to narrow the gap between scientists and the public.