To obtain the status of National SRO Practitioner, deputies must work as an SRO for a minimum of three years, complete a 40-hour Basic School Resource Officer training course, a 24-hour Advanced or Supervisor training course, and an additional 160 hours of specialized law enforcement in-service training.

Campagna started with the Sheriff’s Office in November 2008 as a jail deputy. He transferred to the School Resource Officer Section in August 2009. He is currently the SRO at West Creek Middle School.

He received his Practitioner Certification during the annual National Association of School Resource Officers Conference in Washington, DC. 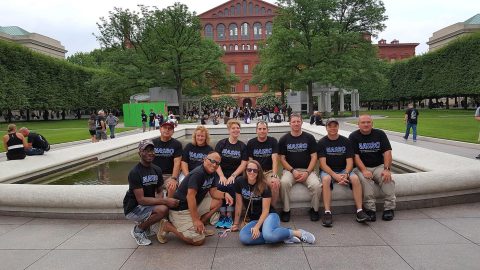 Campagna joins seven other SRO’s who have received their Practitioner Certification. He also manages the Law Enforcement Explorers Program for young men and women who have an interest in law enforcement.

“We are very proud of SRO Campagna and his accomplishment,” said Montgomery County Sheriff John Fuson. “Our goal is to have all SRO’s obtain their Practitioner Certification.”