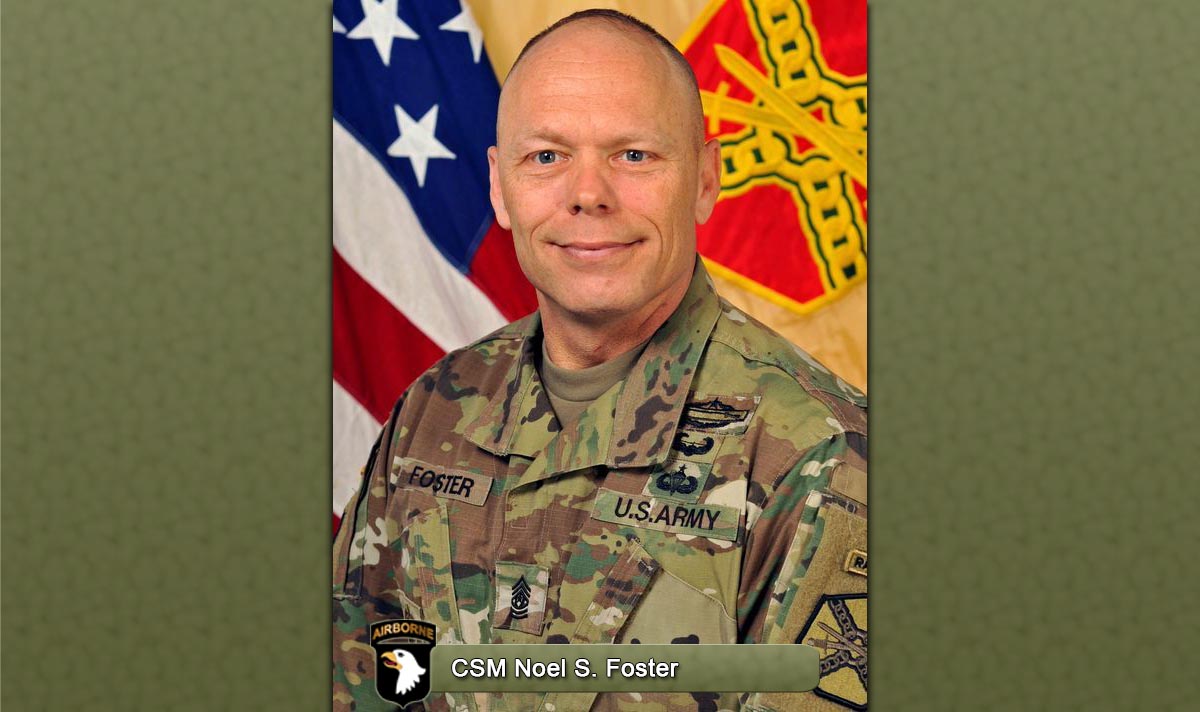 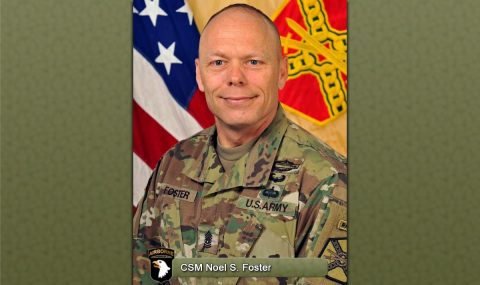 CSM Foster is also a recipient and member of the Audie Murphy Club and Medal.

CSM Foster is survived by his wife and four children.

The loss of this great Soldier is a striking loss not only to the Fort Campbell Garrison, but also to the entire community. Our thoughts and prayers are with his wife and Family. As a community, we ask to please embrace Command Sergeant Major Foster’s Family, friends and colleagues to provide support and comfort during this difficult time.

For information regarding CSM Foster’s Celebration of Life: http://www.navefuneralhomes.com/book-of-memories/3115262/Foster-Noel/index.php