Tennessee Vols Football travels to Florida to take on the Gators 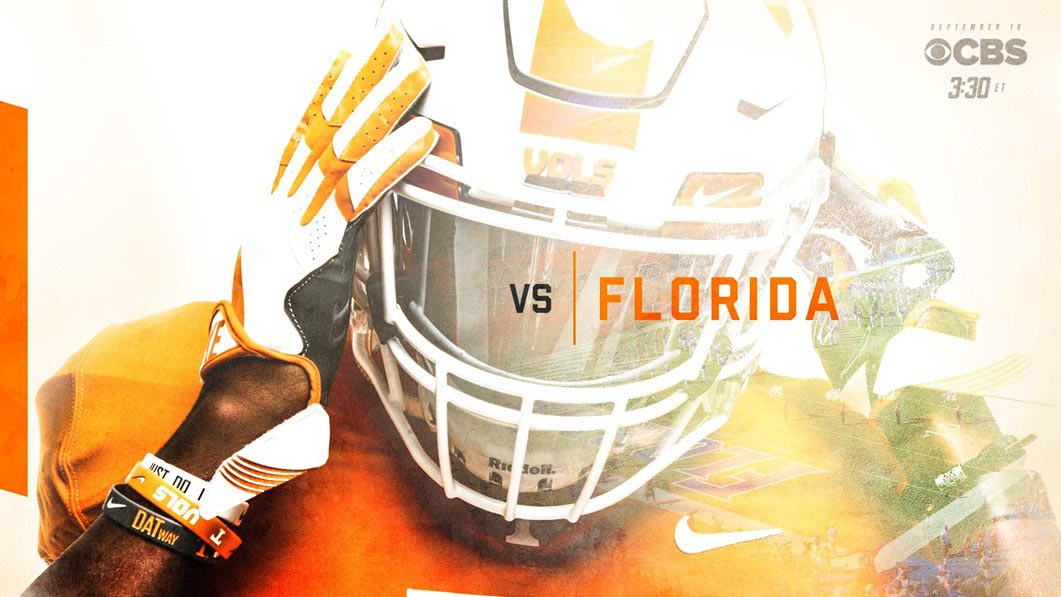 Knoxville, TN – No. 23 Tennessee opens SEC play against conference rival No. 24/25 Florida on Saturday with a 2:30pm CT kickoff on CBS at Ben Hill Griffin Stadium.

Brad Nessler (play-by-play) and Gary Danielson (analyst) will be in the booth and Allie LaForce will report from the sidelines. Vol Network radio affiliates will have a live audio broadcast with Bob Kesling, Tim Priest and Brent Hubbs. Sirius Channel 138 and XM Channel 191 will also carry a live audio broadcast.

Hurricane Irma has affected some road conditions in Florida. Fans planning to attend the game in Gainesville should plan ahead and stay up to date with news from the Florida Department of Transportation (FDOT) and Florida Highway Patrol (FHP). 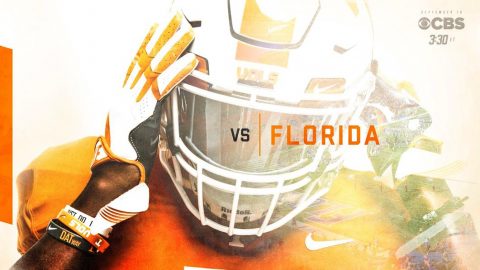 Tennessee is coming off a 42-7 win over Indiana State on September 9th. Junior quarterback Quinten Dormady completed 13 of 18 passes for 194 yards, two scores and one interceptions.

The Gators canceled their Week 2 matchup against Northern Colorado due to Hurricane Irma. Florida fell to Michigan, 33-17, in its season opener on September 2nd.

Florida leads the all-time series 26-20 and the Gators hold a 13-5 edge in the series when the game is played in Gainesville. In 2016, Tennessee snapped an 11-game losing streak to Florida with 38 unanswered points to take a 38-28 win at Neyland Stadium.

Tennessee is looking for its first back-to-back wins against Florida and back-to-back 3-0 starts to a season since 2003-04.

For the second-consecutive season, both programs enter the matchup ranked in the top 25. This marks only the third occasion since 2007 that this has happened.

A win in Gainesville would be UT’s first on Florida’s home field since 2003, when Jabari Davis earned SEC Offensive Player of the Week honors after rushing for a pair of touchdowns to lead Tennessee to a 24-10 win in the Swamp.

Saturday’s game marks the 20th time over the last 22 meetings that the Tennessee-Florida game will air on CBS.

Tennessee junior running back John Kelly is the only player in the SEC who leads his team in rushing (208 yards) and receptions (10). The Detroit native is averaging 151.5 yards from scrimmage through two games.

Kelly is also tied for second in the league in scoring with 24 points (four rushing touchdowns).

Games With A Rushing TD: 30-Straight

With a pair of rushing touchdowns from sophomore running back Carlin Fils-aime in last Saturday’s win over Indiana State, the Vols extended their school record streak of games with a rushing touchdown to 30.

The streak began November 24th, 2014, in a 24-17 win at Vanderbilt. Quarterback and VFL Joshua Dobbs rushed for two scores that day.

True freshman running back Ty Chandler returned the opening kickoff vs. Indiana State 91 yards for a touchdown to put the Vols up 7-0 just 14 seconds into the game.

Chandler became the first Vol to return an opening kick for a touchdown since October 3rd, 2015, when Evan Berry did so vs. Arkansas. He is the first Tennessee true freshman to accomplish the feat since Leonard Scott returned one for 100 yards against Georgia in 1999.

Redshirt senior punter Trevor Daniel ranks 10th in the nation with a 47.3-yard average. Daniel has punted 10 times this season with, pinning eight inside UT opponents’ own 20-yard line. Five of his punts have resulted in fair catches and four were for 50 or more yards.