On Wednesday, October 4th, 2017, Global Culture Nasu will return to Austin Peay’s Trahern Theater for its only public performance on an American college campus. The event is free and open to the public, with the performance beginning at 6:00pm. 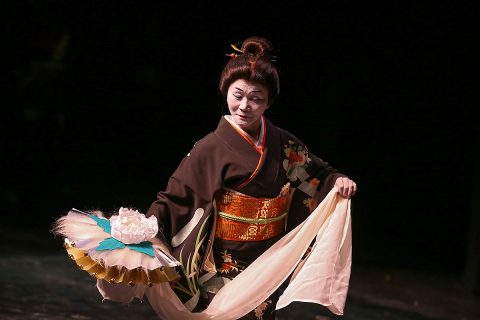 This will mark Global Culture Nasu’s fourth visit to Austin Peay, and continues what Dr. David Rands, professor of history and coordinator of Austin Peay’s Asian Studies Program, says is a strong relationship between the university and the internationally acclaimed performance troupe.

“Global Culture Nasu has been coming to Nashville for a number of years to perform at events, but they have been making stops at Austin Peay because they’ve had a really good experience with our students and our community,” Rands said. “They want to come here and they appreciate the reception they’ve received to their mission of spreading traditional Japanese culture and music.”

When the concert begins, the audience will receive a brief introduction to the dance style, including a tutorial on what some of the delicate movements represent. Accompanying the dancers will be a number of performances with traditional Japanese instruments, including the shakuhachi, a Japanese bamboo flute played by Buddhist monk, Shiku Yano.

Yano, a famous monk in Japan, has performed around the world, including the United Kingdom, Germany, France, China and Korea. His skill with the shakuhachi, Rands said, is intertwined with his duties as a monk, as he uses the music he creates to practice suizen, a Zen Buddhism method of meditation.

“Shiku Yano is one of the really unique masters of the shakuhachi, and I think seeing him perform will be a great experience for people,” Rands said. “People often think of chanting associated with meditation, so it’s a nice experience to see this instrument used as a means of meditation as well.”

On the morning of October 4th, the internationally renowned group will meet with dance students in a class taught by Margaret Rennerfeldt, APSU associate professor of dance. In that class, the dancers will instruct APSU students in the traditional art form. The group will return the next morning to hold another dance workshop before offering a master class to Austin Peay music students.

“(Global Culture Nasu has) taken it upon themselves to come share their dance in Tennessee because they feel it’s important for people to see the cultural side of Japan, in addition to the business side, “Rands said. “This is not something you can see anywhere else in America, and we’re grateful for this relationship.”

For more information on the performance, contact Rands at [1]