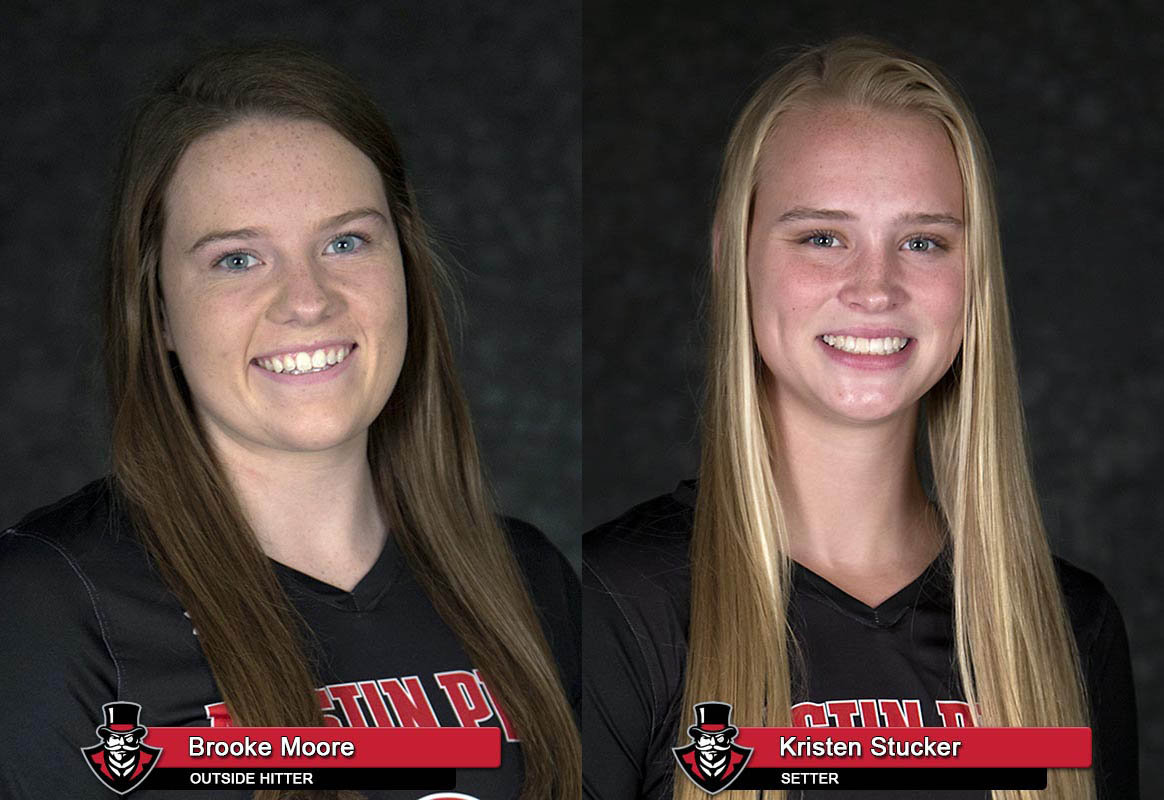 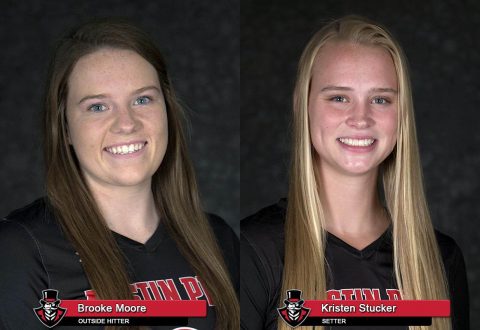 Stucker, of Johnston, Iowa, won her seventh OVC Setter of the Week award with another impressive showing, averaging 11.22 assists per set while leading the Govs to a .233 team attack percentage.

Her week began rather quietly with 28 assists (9.33 per set) and 29 assists (9.67 per set) in contests at Western Kentucky and Tennessee Tech, respectively.

With two-thirds of the regular season in the books, Stucker ranks second among all Division I setters in total assists (966) and is 18th nationally in assists per set (11.36).

Moore, of Louisville, Kentucky, earned her first OVC weekly honor after pacing the Govs in their two OVC wins last week. She posted a team-leading 10 kills in the Govs three-set win at Tennessee Tech, Friday, while hitting .348. Moore followed that with a flawless performance at Jacksonville State, posting 12 kills and no errors for a .545 attack percentage. She finished the week averaging 2.67 kills per set and hit .404 for the week.

Stucker and Moore’s awards were the 11th and 12th for the Governors in the season’s first eight weeks.

The Governors, who ended the first half of OVC schedule in first place, hosts two matches as part of Austin Peay’s Homecoming Week celebrations. The homestand opens with a pivotal 6:00pm, Thursday contest against second-place Belmont. Austin Peay then hosts Tennessee State in a 6:00pm, Friday match. Both contests will be played at the Dunn Center with free admission to the public.