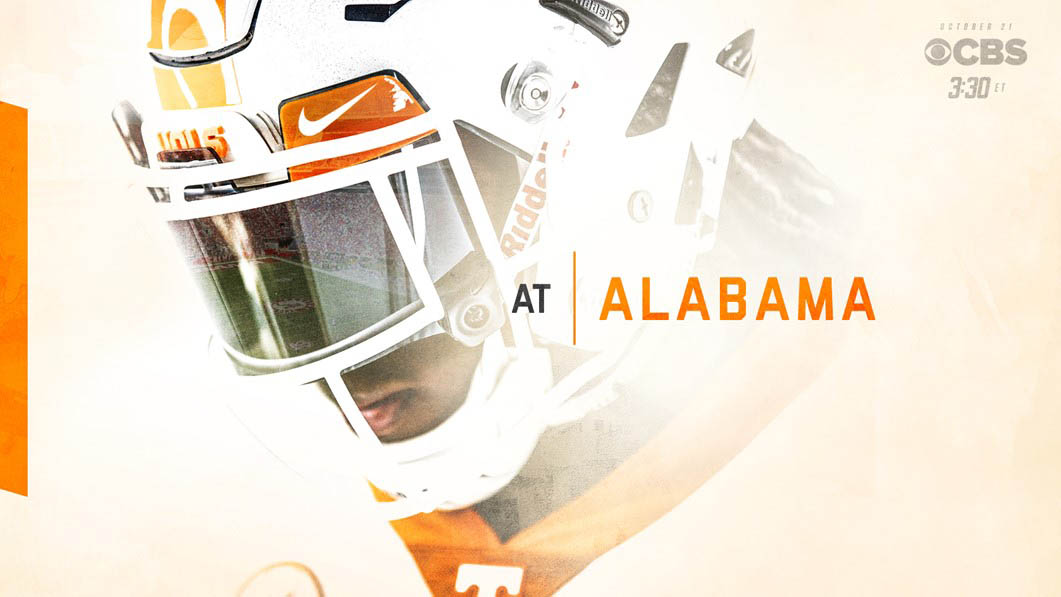 Knoxville, TN – Tennessee heads to Tuscaloosa to face No. 1/1 Alabama on Saturday at Bryant–Denny Stadium. The game will feature a 2:30pm CT kickoff on CBS.

Brad Nessler (play-by-play) and Gary Danielson (analyst) will be in the booth and Allie LaForce will report from the sidelines. Vol Network radio affiliates will have a live audio broadcast with Bob Kesling, Tim Priest and Brent Hubbs. Sirius Channel 138 and XM Channel 190 will also carry a live audio broadcast. 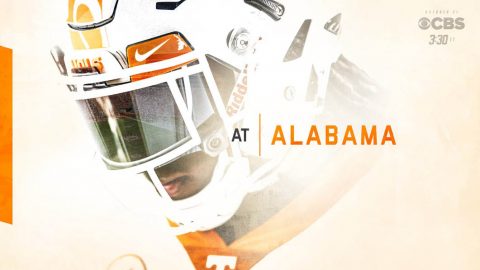 Redshirt freshman quarterback Jarrett Guarantano made his first career start in the loss and completed 11 of 18 passes for 133 yards.

Tennessee and Alabama will meet for the 100th time on Saturday. Alabama leads the all-time series 54-38-7. The Crimson Tide has won each of the last 10 games of the series.

Kelly Stands As One of Nation’s Top RBs

Junior running back John Kelly leads the Vols in rushing (552) and receptions (24). He is one of only TWO Power 5 running backs to lead his team in both categories, joining Penn State’s Saquon Barkley (649 rush yards, 29 catches).

Gaulden leads UT’s pass defense, which is allowing just 129.2 yards per game – second in the nation behind Navy (127.7).

The Vols’ D held South Carolina and quarterback Jake Bentley to 129 yards through the air – over 100 yards below their season average of 242.7 entering the game and the Gamecocks’ lowest output of the season.

Redshirt senior punter Trevor Daniel is a contender for the Ray Guy Award as his 48.17 season average ranks No. 3 in the nation and has him on pace to break the SEC single-season record (48.15, Ricky Anderson, Vanderbilt, 1984).