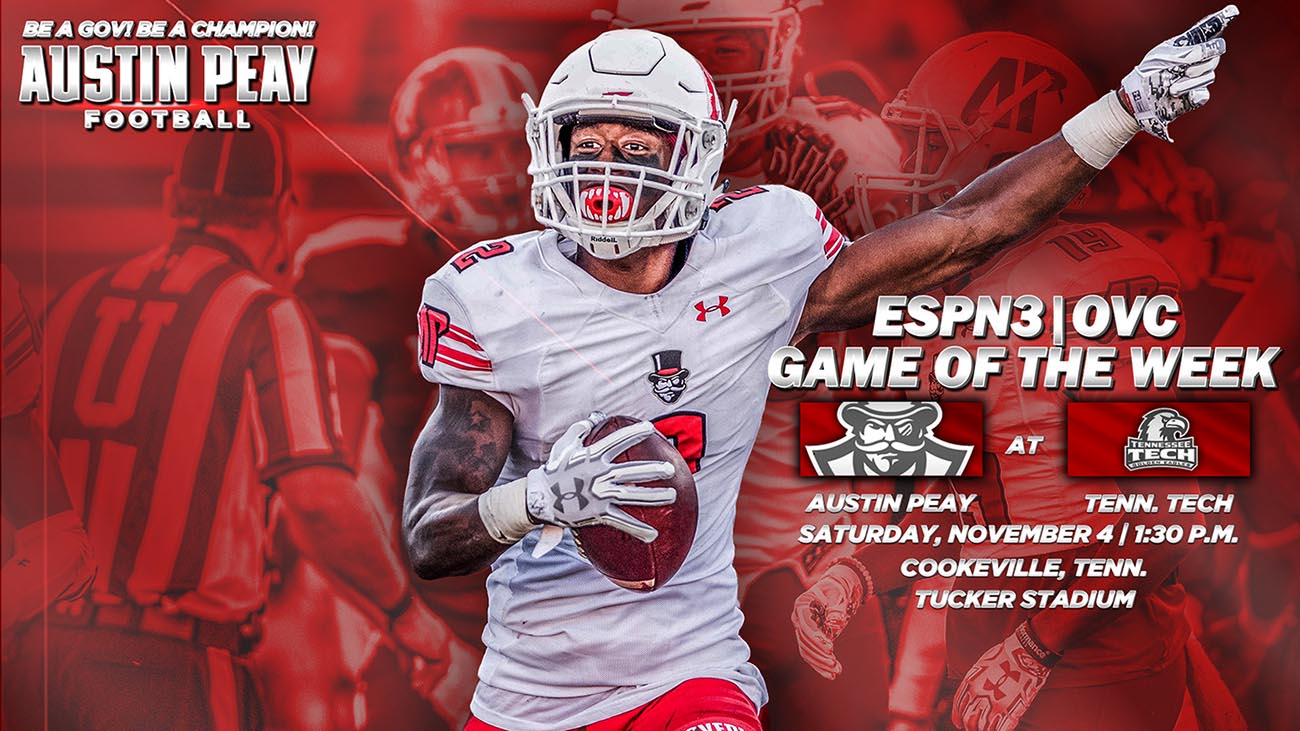 Brentwood, TN – The Saturday, November 4th football contest between Austin Peay State University and Tennessee Tech has been selected as the “Wildcard Selection” in the league’s Game of the Week football package on ESPN3.

The game will kickoff at 1:30pm CT at Tucker Stadium in Cookeville Tennessee. 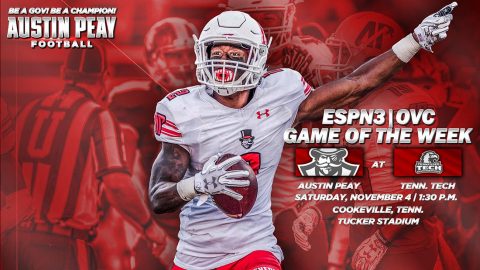 When the league’s eight-contest Game of the Week schedule was announced in July, the October 28th, November 4th, November 11th and November 18th games were deemed “Wildcard” dates where the matchup would not be announced until roughly two weeks prior to the contest.

Austin Peay and Tennessee Tech have played 50 previous times with the Golden Eagles holding a 32-18 advantage, including winning four games in a row. The game is part of the Sgt. York Trophy series, which is contested between the four OVC football-playing programs from the state of Tennessee. If the Governors win the game, they will claim the program’s first Sgt. York Trophy (the series started in 2007).

ESPN3 is ESPN’s live multi-screen sports network, a destination that delivers thousands of exclusive sports events annually. It is accessible on computers, smartphones, tablets and connected devices through the ESPN App. The network is currently available nationwide at no additional cost to fans who receive their high-speed internet connection or video subscription from an affiliated service provider.

It is also available at no cost to U.S. college students and U.S.-based military personnel via computers, smartphones and tablets connected to on-campus educational and on-base military broadband and Wi-Fi networks.