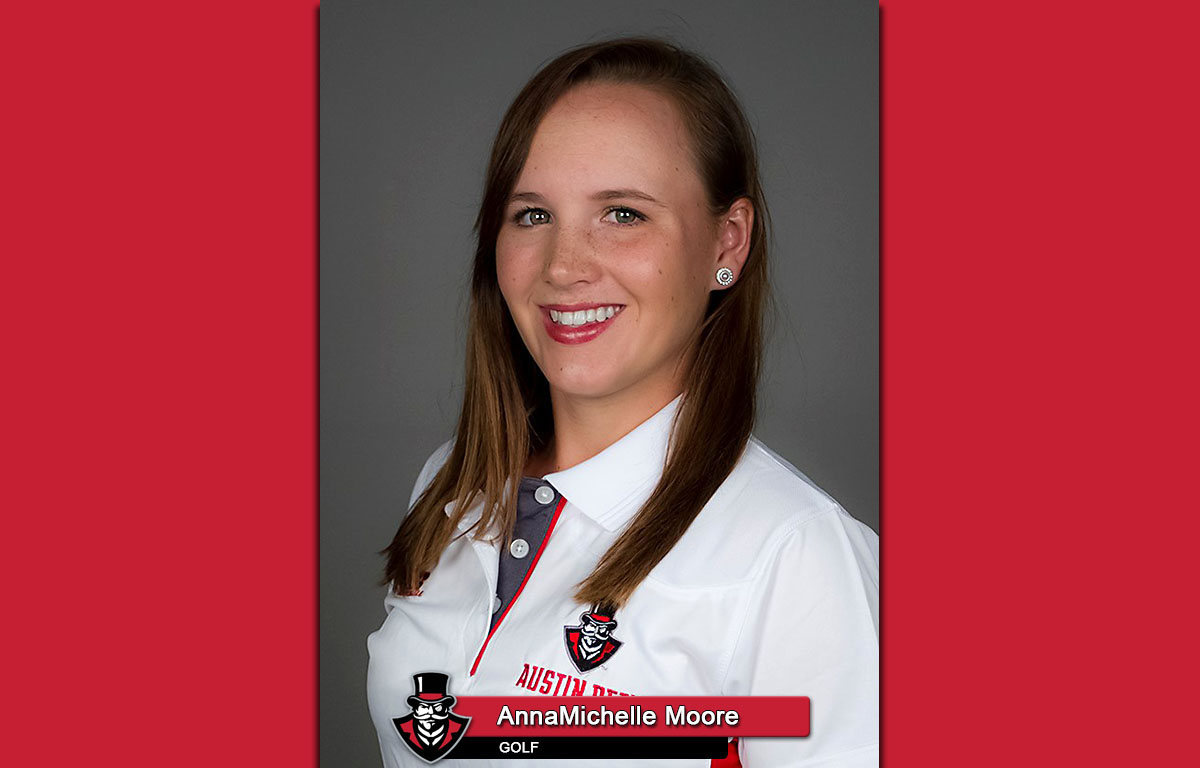 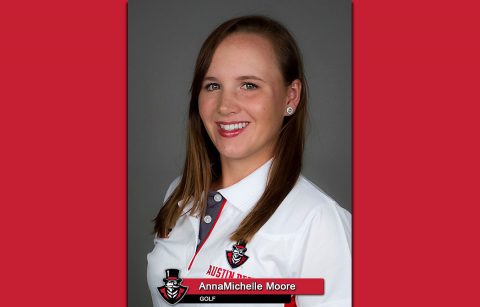 Moore earned her first career medalist honor at Tennessee State’s Town and Country Invitational at McCabe Golf Course in Nashville, carding a 140 (70-70) to win the event by five strokes.

The Clarksville native was not only the lone player in the tournament to record a round under par, she did so in both rounds of the 36-hole event, shooting four-under overall and birdieing the tournament’s final three holes.

In addition to leading the tournament in both par-4 and par-5 scoring, she helped the Governors claim their first team crown since 2015 by an incredible 22 shots. She shared the honor with Eastern Kentucky’s Hannabeth Owens, who was the medalist at the Idle Hour Collegiate Championships.

“It’s great to see AnnaMichelle get OVC Golfer of the Week after her great play,” said head coach Sara Robson. “It was fun watching her execute her plan and seeing her play to her full potential.”

Moore is Austin Peay’s first OVC Golfer of the Week for the 2017-18 season, and the first Governor to claim at least a share of the weekly honor since Morgan Kauffman shared the honor for the week of October 26th, 2016 with a top-10 at the Winthrop Intercollegiate.