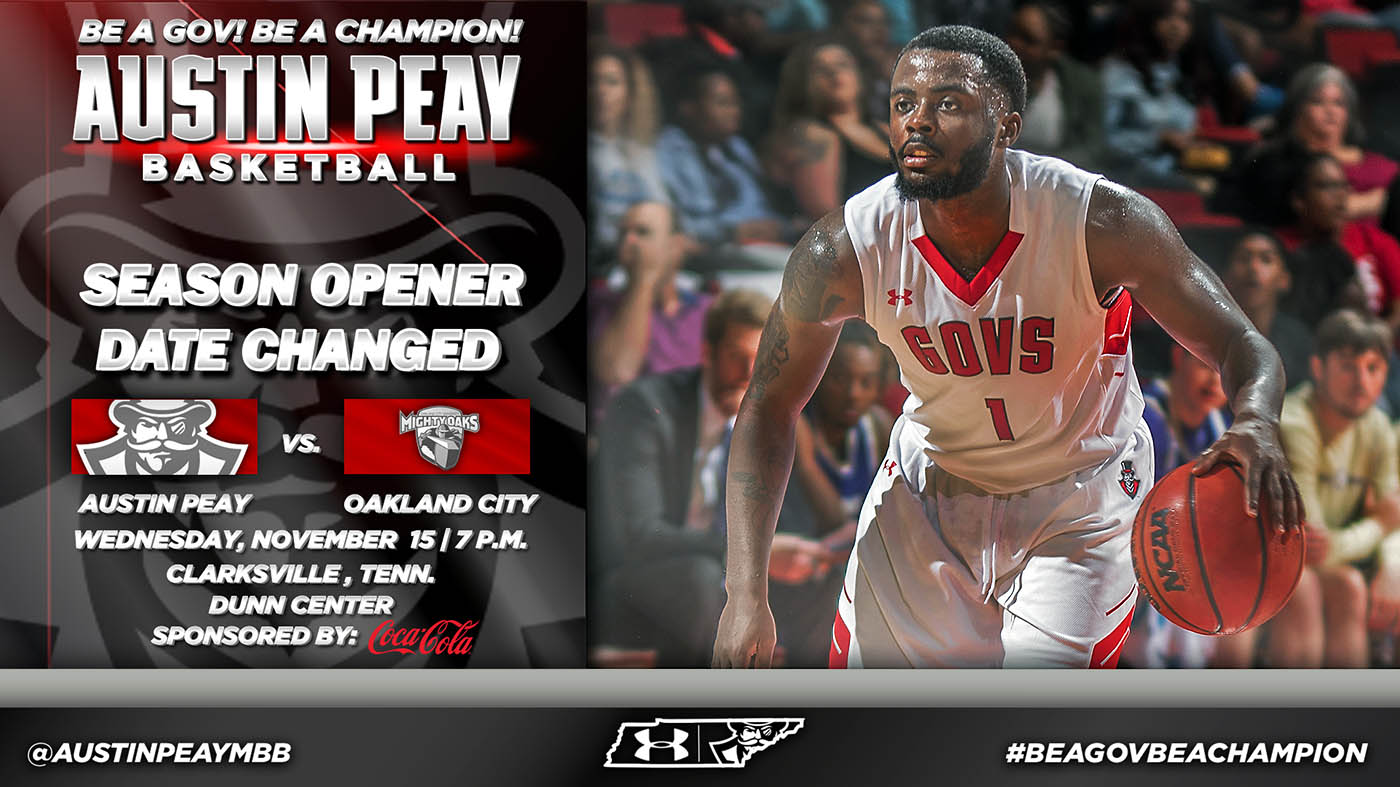 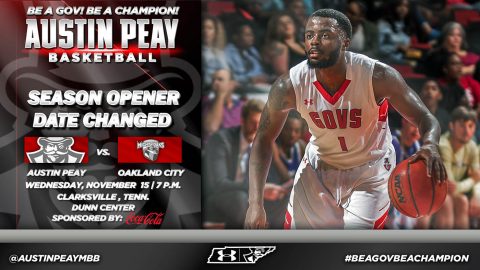 The Governors basketball contest was moved to accommodate the 2017 Ohio Valley Conference Volleyball Championship, which will be hosted by Austin Peay’s volleyball team in the Dunn Center, November 16th-18th, 2017.

This game will serve as the Governors regular-season home opener after road tilts at Vanderbilt and Virginia to kick off the 2017-18 slate. It also will be the third of four games Austin Peay play as part of the 2017 NIT Tip-Off Challenge.

Season tickets and single-game tickets sold for the November 16th contest will be accepted on the November 15th date. For further questions or to purchase tickets to any Austin Peay basketball game, contact the Governors Athletics Ticket Office at 931.221.PEAY (7329) or email .