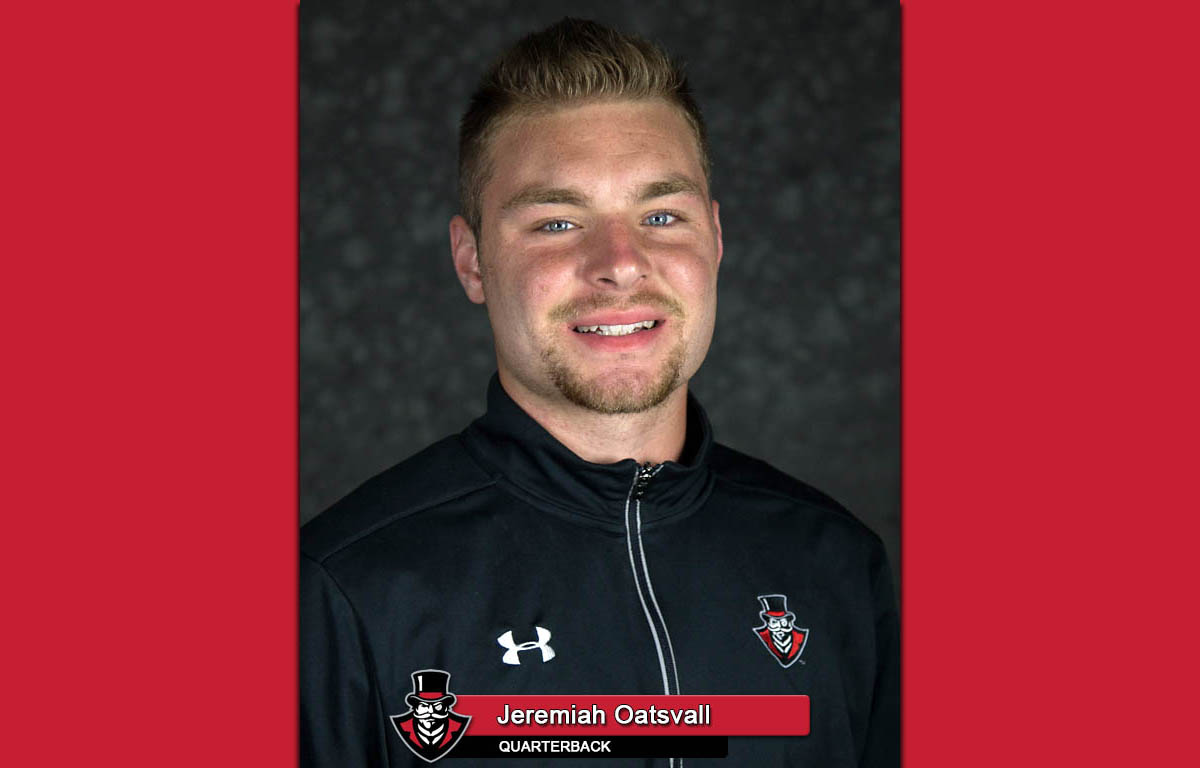 Brentwood, TN – Freshman phenom Jeremiah Oatsvall, of the Austin Peay State University football team, has been selected as the adidas® Ohio Valley Conference Offensive Player of the Week and Newcomer of the Week, announced by the league office Sunday. 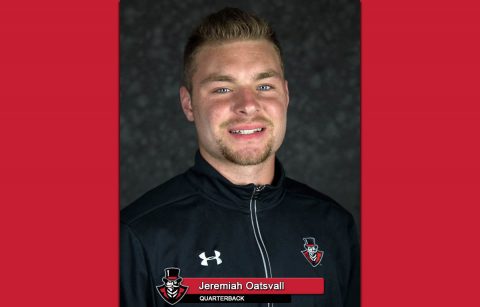 Oatsvall helped his team storm back from a 17-point deficit on Saturday to defeat Eastern Kentucky 31-24 in dramatic fashion. The Brentwood native racked up 203 yards though the air – the second best output of his career – and 64 yards on the ground.

Three total touchdowns highlighted Oatsvall’s day, including an eight-yard scamper into the endzone with 53 seconds left to give Austin Peay a 31-24 lead. Earlier in the contest, he connected with his favorite target Kyran Moore on a 59-yard strike for six points. He also connected with DJ Montgomery for a touchdown to start the fourth quarter.

Oatsvall and the Governors will wrap up the regular season against Eastern Illinois 4:00pm, Saturday, November 18th at Fortera Stadium.