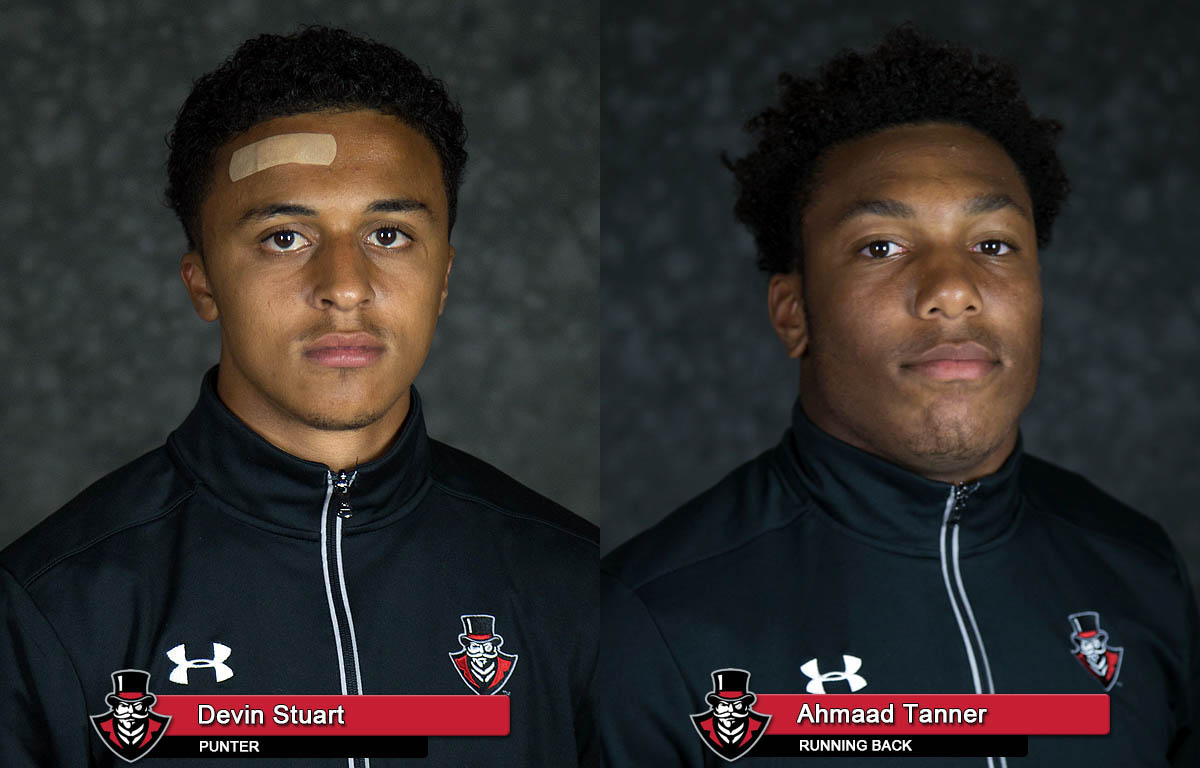 Brentwood, TN – Redshirt sophomore Devin Stuart was tabbed as this week’s adidas® OVC Specialist of the Week and freshman tailback Ahmaad Tanner collected adidas® OVC Co-Newcomer of the Week for this weekend’s performances announced by the league office on Sunday. 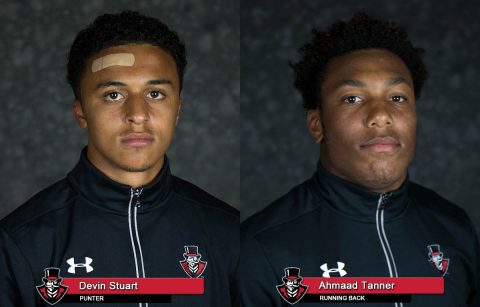 Stuart, a native of Kingsport, attempted four punts on Saturday averaging 40.0 per try. He downed two inside the two-yard line and bombed a season high 58-yard kick as the Governors rolled to a 28-13 victory over the Eastern Illinois Panthers.

Stuart also chipped in with his first career rush – a 21-yard run late in the first quarter on a designed fake punt.

Tanner continued his physical running style with a solid 95-yard performance in the final game of his freshman campaign. He also tallied his first career two touchdown contest in the victory, giving him six straight games with a rushing score.

The Governors finished their season on Saturday, compiling a record of 8-4, and tying for the most wins in program history.