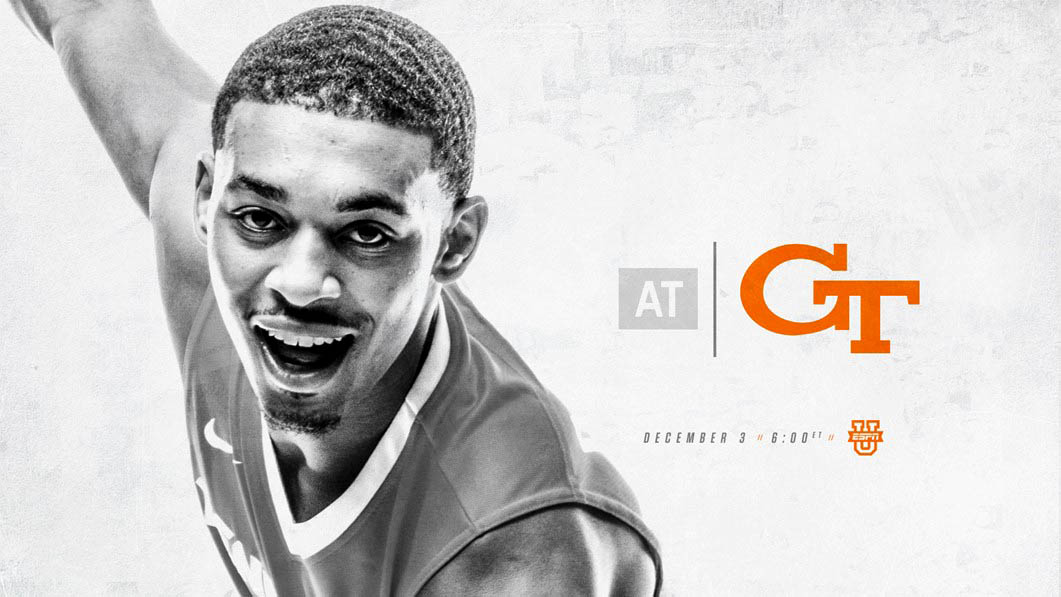 Atlanta, GA – The Tennessee men’s basketball team travels to Georgia Tech for its first true road game of the season Sunday at McCamish Pavilion. The game will tip at 6:00pm and will be televised live on ESPNU and streamed online via WatchESPN.

Tennessee (5-1) is coming off a strong performance against Mercer, where the Vols downed the Bears, 84-60, at Thompson-Boling Arena. The Yellow Jackets (4-2) enter the contest after a one-point loss on Friday night to Grambling State. 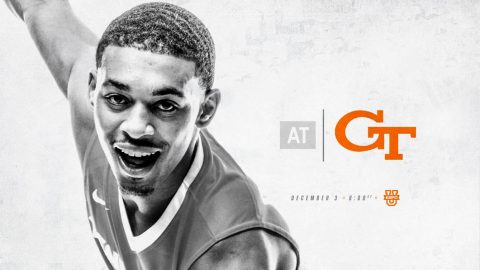 The two teams met in Knoxville last year, with UT coming away with a victory.

Tech will be the second ACC team that Tennessee has faced this season, as the Volunteers capped of the Battle 4 Atlantis with a win over NC State.

This season, the Vols have been paced by sophomore forward Grant Williams, who’s averaging 16.5 ppg, 7.3 rpg and 3.0 apg. He’s cracked the 20-point margin three times and has made his presence felt down low.

With teams looking to take away the easy basket for Williams, the Vols have been able to cash in big from deep, ranking second in the SEC in three-point field goal percentage (.430; 55-of-128) and 17th nationally. Sophomore guard Jordan Bowden tops the SEC rankings in the individual category, knocking down 61 percent (14-of-23) of his treys.

Tennessee is in the midst of a 30-day span during which it will play four ACC opponents. The Vols are 1-0 vs. ACC teams so far, having beaten NC State.

At 5-1, the Volunteers are off to their best start since the 2010-11 season, when they opened with seven straight wins.

Improve UT’s record vs. current members of the ACC to 108-98

Make Tennessee 2-0 against ACC teams this season (with two more ACC foes on the schedule later this month).

Give the Volunteers their second three-game win streak of the season.

After spending seven seasons as the head coach at Memphis, Josh Pastner took the Georgia Tech job and earned ACC Coach of the Year honors last year in his first campaign with the Yellow Jackets.

Senior center Ben Lammers—the reigning ACC Defensive Player of the Year—fuels the Yellow Jackets on both sides of the ball. Last season, the 6-10, San Antonio, Texas, native led the conference and ranked third nationally in blocks per game at 3.37. He also averaged 14.2 points and 9.2 rebounds per game. This year, he’s averaging 16.2 ppg on 63-percent shooting from the floor to go along with 8.0 rbg and 3.2 bpg, all of which are team highs.

The guard tandem of true freshman Jose Alvarado and senior Tadric Jackson are the other Tech players who average double-digit scoring each game, posting 13.2 and 12.0 ppg, respectively.

Jackson has embraced the role of the sixth man for the Yellow Jackets, finishing second in the voting for the award last season in the ACC. After serving a three-game suspension, Jackson has made his presence felt for Georgia Tech, hitting the game-winning layup at the buzzer against Northwestern earlier this week.

Alvarado has fulfilled the role as the primary point guard by averaging nearly 34 minutes a game at the spot. Along with his 13.2 ppg, he’s posting 5.2 rpg and 4.4 apg.

After dropping their first game of the season to UCLA, the Yellow Jackets enjoyed a four-game winning streak before suffering a one-point loss to Grambling State on Friday night in Atlanta.

The Last Time vs. Georgia Tech

Grant Williams and Shembari Phillips—now a Yellow Jacket after transferring in the offseason—scored 14 points each to lead Tennessee to an 81-58 victory over Georgia Tech on December 3rd, 2016, at Thompson-Boling Arena.

The Vols were efficient, shooting 52.8 percent from the floor and 54.5 percent from 3-point range. UT also made 19 of 24 free throws and out-rebounded Georgia Tech (4-3), 37-31. Tennessee limited Georgia Tech to just 32.7 percent shooting, marking the Vols’ best defensive effort of the season.

Williams scored 10 of his then-career-best 14 points in the second half, finishing 6-of-11 and adding six rebounds, one assist and two steals. Phillips led the team with a career-best seven assists and also had five rebounds. John Fulkerson thrived on hustle plays and finished with 12 points and eight rebounds. Robert Hubbs III added 10 points, six boards and two steals.

The Vols took a 42-25 lead into halftime. Tennessee outscored Georgia Tech in the paint in the first half, 18-6, and scored 15 points off of turnovers. Phillips had nine points and Fulkerson had eight points to lead UT offensively.

Tennessee took command of the game midway through the first half when a jumper by Phillips sparked a 15-4 UT run to give the Vols a 31-16 advantage. The Yellow Jackets shot just 24.1 percent from the floor in the first half while committing 13 turnovers.

Nearly half of UT’s offense came from freshmen. Williams, Fulkerson, Lamonté Turner and Jordan Bowden combined for 48.1 percent of the scoring with 39 of the Vols’ 81 points.

Georgia Tech guard Shembari Phillips is an Atlanta native who graduated from Wheeler High School in Marietta, Georgia, in 2015 and spent the last two seasons playing for the Vols. Phillips transferred at the conclusion of last season and is sitting out this academic year per NCAA transfer guidelines.

Third-year Vols assistant coach Desmond Oliver worked as an assistant at Tech rival UGA in Athens, Georgia, from 2004-09. He was on the Bulldogs staff when UGA won the 2008 SEC Tournament in Atlanta.

During Oliver’s time at UGA, the Bulldogs were 2-3 against the in-state rival Yellow Jackets.

Graduate transfer James Daniel III is the first Vol to log multiple games of 10 or more assists in a single season in 24 years.

Daniel distributed a career-high 10 assists in the win over High Point on Nov. 14 (his second game as a Vol). He then recorded 10 assists during UT’s victory over Mercer on November 29th.