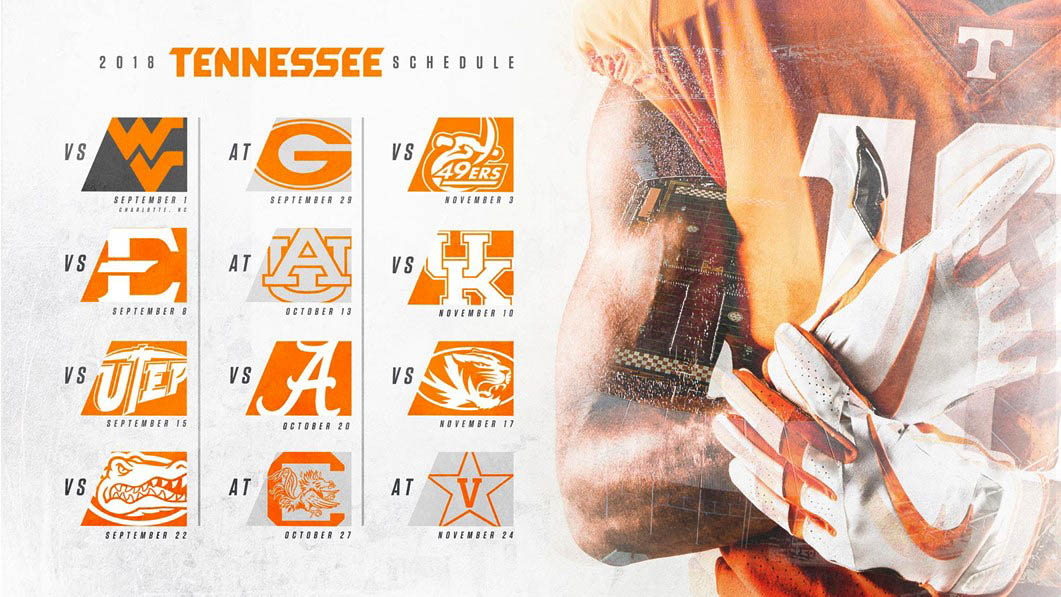 Birmingham, AL – The Tennessee football team will start the 2018 season in Charlotte against West Virginia at Bank of America Stadium on September 1st, 2018 and wrap up the regular season at Vanderbilt on November 24th, as the SEC announced the 2018 schedules for all 14 conference schools.

The Vols face the Mountaineers for the first time in school history and will begin the year in a neutral site game at an NFL stadium for the second straight year after defeating Georgia Tech 42-41 in double-overtime to start the 2017 season. 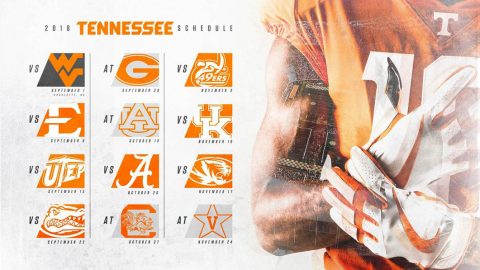 The Vols will meet the Buccaneers for the first time, and the clash with the Miners will be the third meeting and first since 1990.

UT’s bye week falls on the weekend of October 6th.

After the break, Tennessee will travel to Auburn on October 13th to face the Tigers for the first time since 2013.

The SEC Championship Game will be played on December 1st in Atlanta and Mercedes-Benz Stadium.