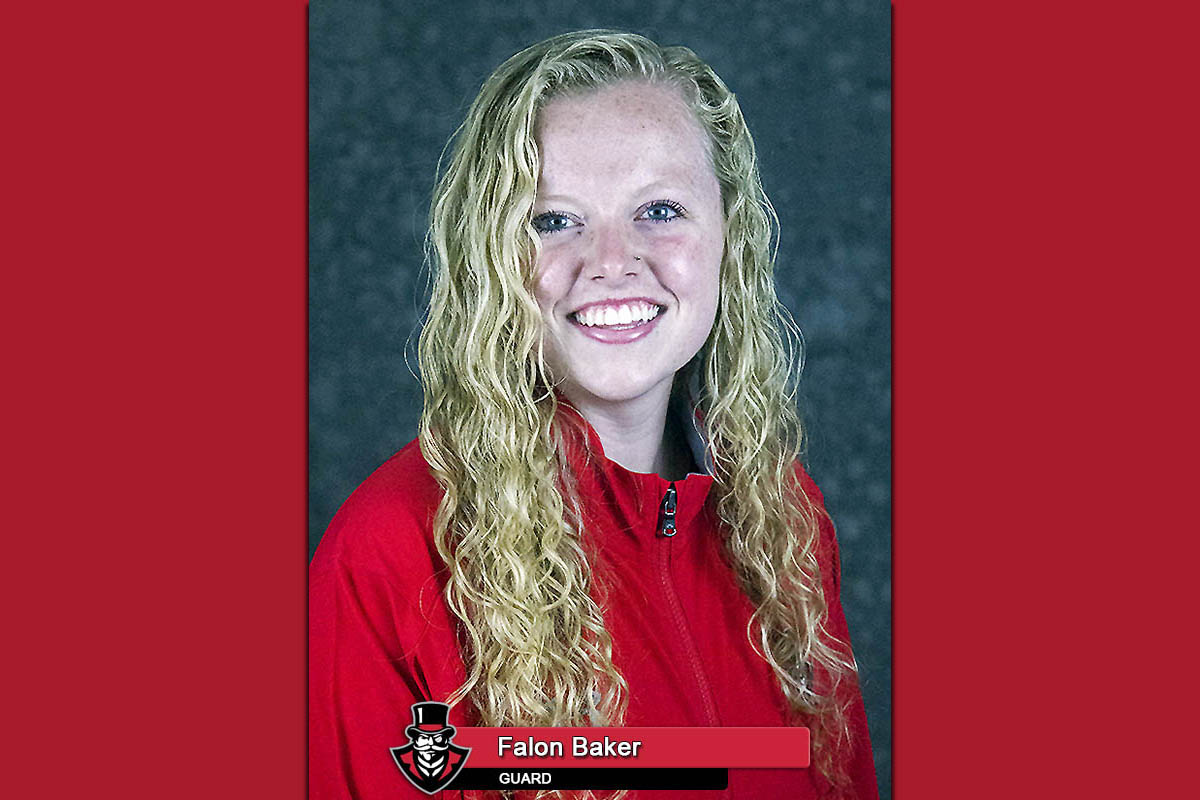 Clarksville, TN – Redshirt junior Falon Baker has been named to the College Sports Information Directors of America (CoSIDA) Academic First-Team All-District roster for her outstanding performance in the classroom and her prowess on the court.

The CoSIDA Academic All-District women’s basketball team recognizes the nation’s top student-athletes for their combined achievements in the classroom and in the arena. 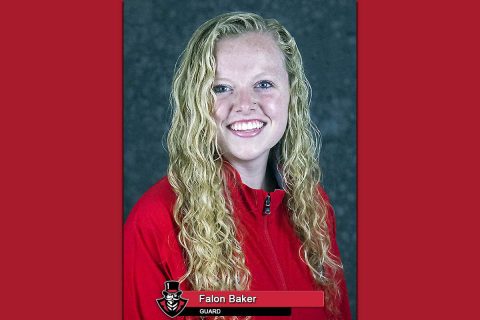 Baker has long been displaying her athletic talent on the basketball court at Austin Peay, but has always found a way to strike a balance between her role on the floor and her role in the classroom. It is about being committed to both aspects of her Governor career full time.

“Basketball is as time consuming as a full-time job,” said Baker, “But I’ve always made my school work a priority. The academic staff, my professors, and my coaches have all helped me to perform my best academically and athletically.”

Student athletes pull double duty, with responsibilities to their teams and to their educations, a delicate harmony that Baker has mastered, being named to the Dean’s List for three semesters and to the Athletic Director’s honor roll three semesters. Baker’s academic accomplishments have also received the highest conference recognition, as Baker won the Academic Medal of Honor awarded to student-athletes in the Ohio Valley Conference who maintain a 4.0 grade point average for an entire academic year.

Baker has started 71 of her 86 games in an Austin Peay uniform, racking up over 700 career points. She is currently 9th all time in three-point field goal percentage, with a career 34.2 percent average from behind the arc. Baker’s display of excellence on and off the court has not gone unnoticed by head coach David Midlick.

“Falon has been a truly great representative, of not only the Athletic program, but the university. ” Midlick said. “She has succeeded on the court and in the classroom. Just as important, she has represented the women’s basketball team with class and integrity. I am excited that she may want to pursue coaching because she will be a fantastic role model and leader for future players.”

The Academic All-District® teams include the student-athletes from eight geographic districts across the United States and Canada. Baker was one of three honorees from the Ohio Valley Conference joining Belmont’s Sally McCabe and Kylee Smith.