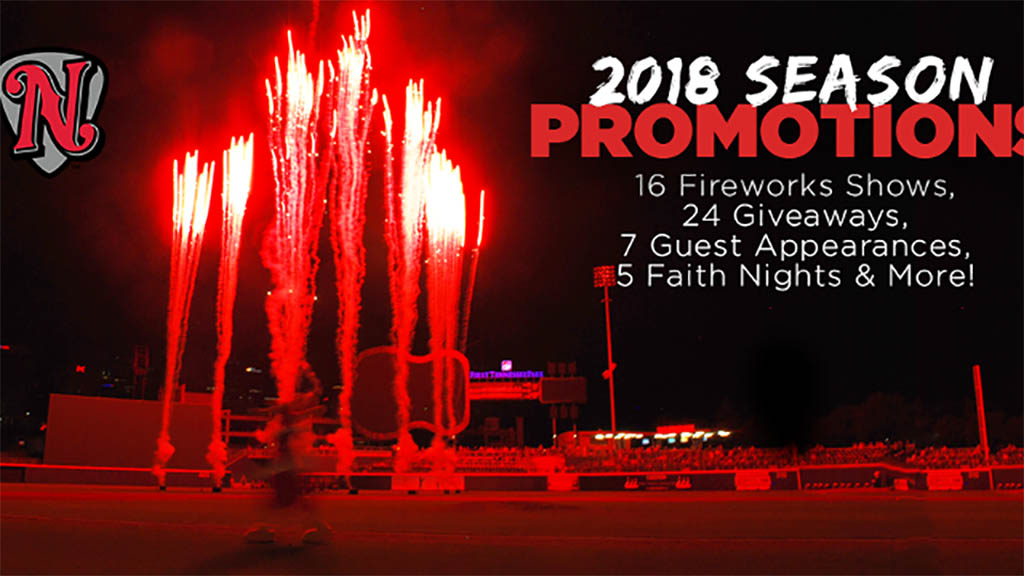 Single-game tickets will be available for purchase at the First Tennessee Park ticket office, online at www.nashvillesounds.com, or by phone at 615.690.HITS ext. 2 beginning Friday, March 9th at 9:00am. 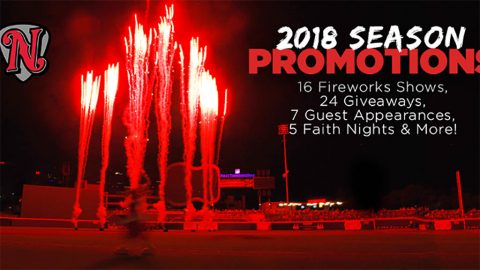 A post-game fireworks show lights up the Nashville sky to begin the 2018 campaign as the Sounds host the Iowa Cubs on Tuesday, April 10th. Additionally, the first 4,000 fans receive the magnet schedule giveaway presented by Fox 17 News and iHeart Radio.

Three themed weekends highlight the promotions schedule with the first coming in the form of Star Wars weekend from May 4th-6th. Other themes include Honky Tonks weekend from June 21st-24th and Superhero weekend from July 6th-8th.

Saturday, May 26th is A League of Their Own Night as the Sounds wear special jerseys designed after the 1992 box office hit. All jerseys will be auctioned to benefit Play Like a Girl, a non-profit organization dedicated to advancing the health and empowerment of women and girls through sport and physical activity.

On Saturday, June 9th, the Sounds honor a popular ballpark tradition as the first 2,000 fans receive a country legends figurine presented by First Tennessee. The figurine will feature returning racers Johnny Cash, Reba McEntire, and George Jones, as well as a new racer making his or her debut during the 2018 season.

For the first time in First Tennessee Park history, the Sounds play at home on July 4th. The celebration includes a Wear It Wednesday t-shirt giveaway to the first 2,000 fans presented by Middle Tennessee Hyundai Dealers and a post-game fireworks show presented by Nashville International Airport.

Five Faith and Family Worship Nights presented by Trevecca Nazarene University are spread throughout the 2018 home slate with the first scheduled for Friday, April 13th. Churches, friends and families can arrive to First Tennessee Park early and enjoy discounted tickets and a pre-game worship experience with popular Christian artists and Sounds player testimony.

Dogs are welcome at the ballpark twice during the upcoming season for Bark in the Park Night presented by Tito’s Handmade Vodka on Tuesday, May 8th and Wednesday, August 15th. On May 8th, the first 1,000 fans receive a dog rope frisbee and on August 15th, the first 2,000 fans receive the Wear It Wednesday player-inspired t-shirt. Proceeds from Bark in the Park Nights will benefit Agape Animal Rescue (May 8th) and New Leash on Life (August 15th).

Single-game tickets will be available for purchase at the First Tennessee Park ticket office, online at www.nashvillesounds.com, or by phone at 615.690.HITS ext. 2 beginning Friday, March 9th at 9:00am.

The Sounds’ weekly promotions are listed below:

Kroger Plus Mondays and Music City Mondays (9 Occurrences)
Score a “Family 4-Pack” of Select section tickets, 4 hot dogs and 4 fountain sodas for just $44.00 when showing a Kroger Plus card at the Sounds Box Office. Additionally, the Sounds will sport their black “Music City” jerseys to represent Nashville’s rich music heritage.

Wear It Wednesdays (9)
New in 2018, the Sounds are rolling out a player-inspired t-shirt collection with a unique shirt available to the first 2,000 fans at every Wednesday game.

Saturday at the Park (11)
The roar of the crowd at First Tennessee Park gets loudest on Saturday. Make the ballpark the place to be in Nashville with entertainment options like The Band Box.

Military Sundays and Family Fundays (11)
On Military Sundays the Sounds salute the troops with special military jerseys and ticket discounts. Family Funday starts with the Hyundai pre-game autograph session with select Sounds players and finishes with kids 12 and under run the bases post-game, presented by First Tennessee.

Seniors and Military families can enjoy a $2.00 discount on single game ticket prices at First Tennessee Park. The offer is valid for any reserved seat section on Sunday through Wednesday games – subject to availability. Offer valid for up to four (4) tickets per I.D. (Seniors 55 +, government issued military I.D. required at box office; no phone orders).

The 2018 season will be the Sounds’ 41st in franchise history and fourth as the Oakland Athletics’ top affiliate. Opening Day is set for Thursday, April 5th when the Sounds begin the season in New Orleans. Opening Night at First Tennessee Park is scheduled for Tuesday, April 10th when the Sounds host the Iowa Cubs at 6:35pm.

Season ticket memberships are available now by calling 615.690.4487 or by visiting www.nashvillesounds.com