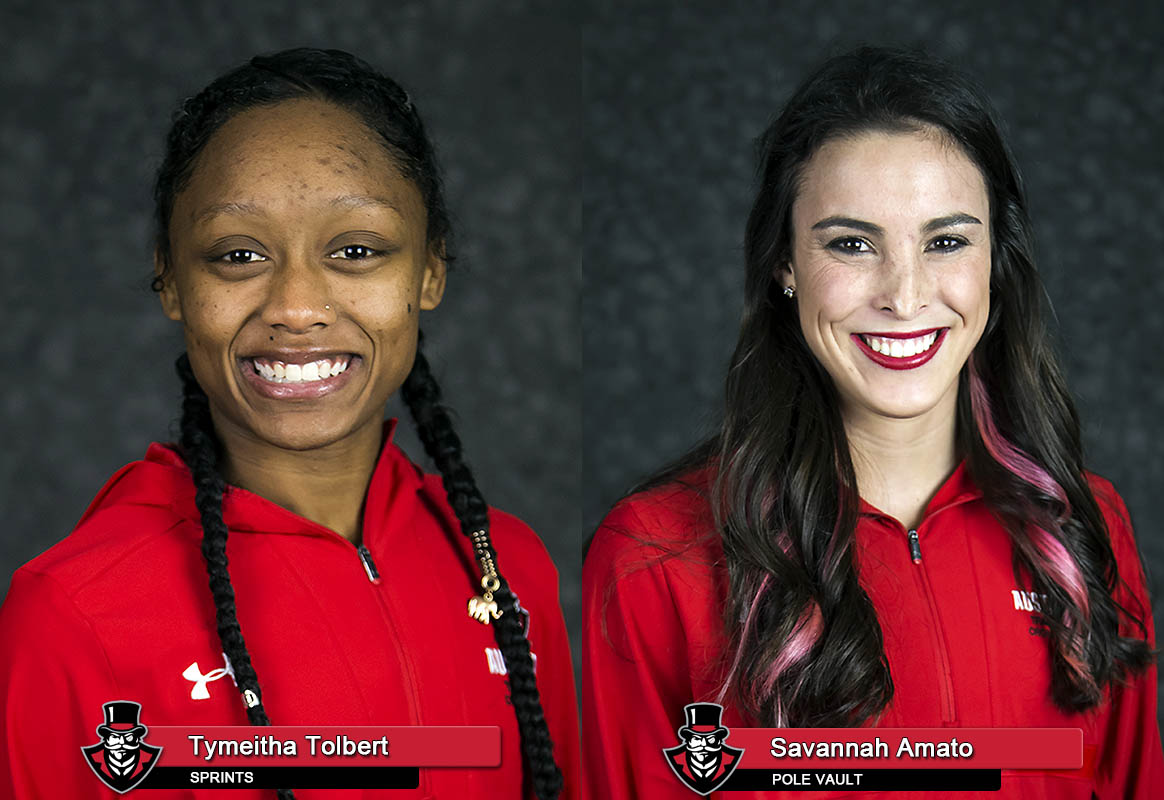 This is the seventh year in a row that Austin Peay has had at least one athlete earn regional qualification. 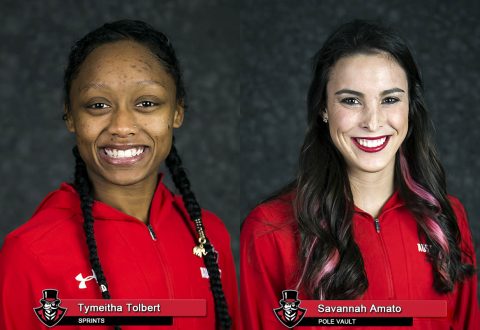 Tolbert is set to make her first appearance at the regional level, and is the first 100m dash qualifier from Austin Peay during the Molnar era, and quite probably in school history with reliable records back to 2003.

As spectacular as her first two seasons at Austin Peay were, Amato re-wrote the record books once again as a junior. The Delaware, Ohio native competed eight times during the outdoor campaign, never finishing lower than sixth and tacking on four wins to her career total—up to 19 at season’s end.

She opened the spring slate with a win at the Coastal Carolina Invitational, hitting 3.80m, before a runner-up showing at the Vanderbilt Black and Gold and a sixth-place showing at the prestigious Florida Relays to close March.

April was even better to Amato. She opened the month by destroying the school record with a 4.17m mark at the Hilltopper Relays. That was one of three times she eclipsed four meters during April—she also broke the 12-foot mark the following week at the APSU Invitational and a week later at the Georgia Tech Invitational. She won the home event and to close out the month at the Memphis Tiger Invitational, and was runner-up in her other two April attempts.

Amato enters the meet tied for 16th in the NCAA East (eighth among juniors) and tied for 33rd in the nation; she’ll face a number of familiar foes including Vanderbilt’s Kristen Denk (eighth), Western Kentucky’s Morgan McIntyre (tied for 16th) and Vanderbilt’s Caleigh Lofstead (tied for 27th), among others. She is scheduled to compete beginning 3:30pm (CT), Friday, March 25th.

“What can you say about Savannah that hasn’t already been said,” Molnar said. “Five-time OVC champion. Three-time regional qualifier. She is ready to take that next step. She’s ready to make the leap to the national level. That’s her goal.”

Tolbert’s 11.51 mark for the win in the 100m at the APSU Invitational not only secured her berth in the NCAA East Preliminary; it obliterated the previous APSU 100m dash record by more than a tenth of a second and was one of five top-five finishes in either the 100 or 200m dashes.

She kicked off the outdoor slate with a fifth-place, 25.57 finish in the 200m dash at the Coastal Carolina Invitational and returned two weeks later to make her season’s 100m dash debut, hitting 11.90 to take fourth on a wind-swept day at the Vanderbilt Black and Gold.

In addition to the 100m dash win at the APSU Invitational, she also took third in the 200m at the Govs home event (24.33). She closed the outdoor slate with a seventh-place finish in the 200m (25.27) and a bronze medal in the 100m (11.67) dashes. The Louisville, KY native also ran a leg of Austin Peay’s 4x100m relay, which earned four top-five finishes during outdoor season and equaled the school-record with a 45.28 at the Vanderbilt Black and Gold.

At 11.51 seconds, Tolbert was the 43rd overall qualifier, and will face off against familiar faces such as Sarah Hill (USC Upstate, 35th) and Murray State’s Tamdra Lawrence, who equaled Tolbert’s 11.51 mark for best in the league. Tolbert ranks ninth overall in the NCAA East region among sophomores. She’ll run the preliminary in the event at 5:55pm (CT), Thursday, May 24th; if she advances to the quarterfinal, 5:15pm (CT), Friday, May 25th.

“We’re very excited that Tymeitha got a bid,” Molnar said. “She has worked so hard to get to where she is and overcome so much. We’ll go down looking for her to hit a personal-best and if she can do that, she can make it to the next round and then anything can happen.”

The top-12 in each event in both the East and West Preliminaries will advance to the 2018 NCAA Outdoor Track and Field Championships at Eugene, Oregon, June 6th-10th.