Clarksville, TN – Clarksville Mayor Kim McMillan presented her 2019 financial plan for the City of Clarksville, which calls for an overall 2.88 percent increase in General Fund spending but no increase in the City property tax rate. 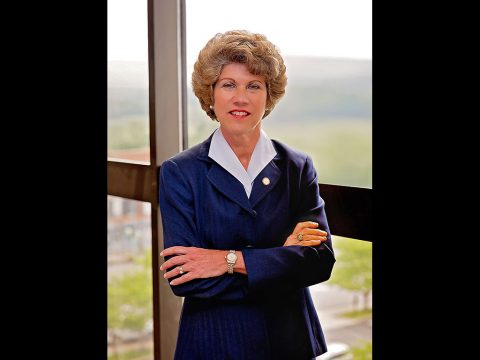 “We continue to move forward on our pledge to make Clarksville the best place to live, work and raise a family,” McMillan said. “And I continue to honor my commitment to taxpayers to do the most possible with the resources they provide City Government.”

In the broadest analysis, the total proposed budget for the City of Clarksville for Fiscal 2019 is nearly half a billion dollars. The total City-wide budget is $477.9 million (including all enterprise and special revenue funds). The proposed 2019 General Fund, or operating, budget is $98,155,394, which represents an increase of 2.88 percent.The Mayor offered a No-Tax-Increase budget, with the property tax rate remaining $1.24 per $100 of assessed property value. This is the same rate City property owners paid for the past three years.

Along with her broader agenda, the Mayor discussed:

The next steps in her plan to build the Clarksville Family Athletic Complex.

After the City Council voted 8-4 last week to complete the purchase of 300-acres at Exit 8 for the Athletic Complex, the Mayor said the game plan is “Full Speed Ahead.” “To that end, I propose adding $100,000 in my 2019 budget to combine with the money already budgeted for the Athletic Complex project  to continue the design and engineering phases of this capital project,” Mayor McMillan said.

The next steps will be to close on the property and continue working toward formal contractual agreements with the Tennessee State Soccer Association and National Sports Services, the firm representing the Prospect League. An economic and market study will consider the needs of the project partners and the City’s vision for the complex, and then define the features the Athletic Complex will need to succeed. This study also will determine the expected operating revenues and expenses of the complex, and projections of the increased tax revenues the City can expect the complex to generate. The results of the economic and market study will inform two important next steps: Preliminary design and engineering work that will determine the layout of the site; and ecisions about the structure of the project funding plan.

Work on the City’s road needs, including the Northeast Connector, a new City thoroughfare designed to connect the Wilma Rudolph Boulevard commercial district with Trenton Road.

The Mayor is recommending a 6.2 percent increase in the Street Department’s annual operating budget, to nearly $14 million and $15 million in capital spending on city road construction. This includes $9.6 million for final design and construction of the first phase of the Northeast Connector, This major thoroughfare will link the Wilma Rudolph Boulevard commercial district with rapidly growing Northeast Clarksville residential neighborhoods and relieve traffic at Exit 1 and Exit 4 and on the 101st Parkway and Trenton Road. 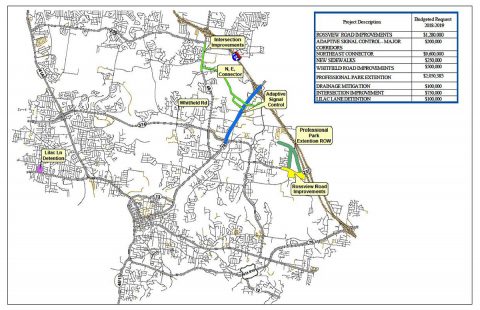 This first phase of the NE Connector is also a key factor leading to development of a major conference center and hotel project just north of Wilma Rudolph Boulevard. Last month, the City and the Industrial Development Board announced a public-private partnership with Stoney Creek Hospitality, which will invest more than $30 million in private sector dollars to build the long-needed conference center and hotel.
The proposed budget also includes just over $2 million for design and right-of-way acquisition for the Professional Park Extension, which will connect Exit 8 to Dunlop Lane, creating another Interstate 24 gateway to the Tennova Healthcare district and Wilma Rudolph Boulevard.

Support for the Clarksville Police Department with more manpower and equipment, and plans to purchase major new equipment for Clarksville Fire Rescue.

This nearly facility, envisioned on City-owned property north of City Hall, has moved into the design stage, and is estimated to cost under $6 million. Mayor McMillan said it is needed to support growth in restaurant, retail and events traffic.

The mayor and City Council will discuss the 2019  budget during the next several weeks. Passage of the new budget is scheduled for June, and the City’s 2019 Fiscal Year begins on July 1st, 2018. Full details of the budget are available online at: https://bit.ly/2kmImah [2]