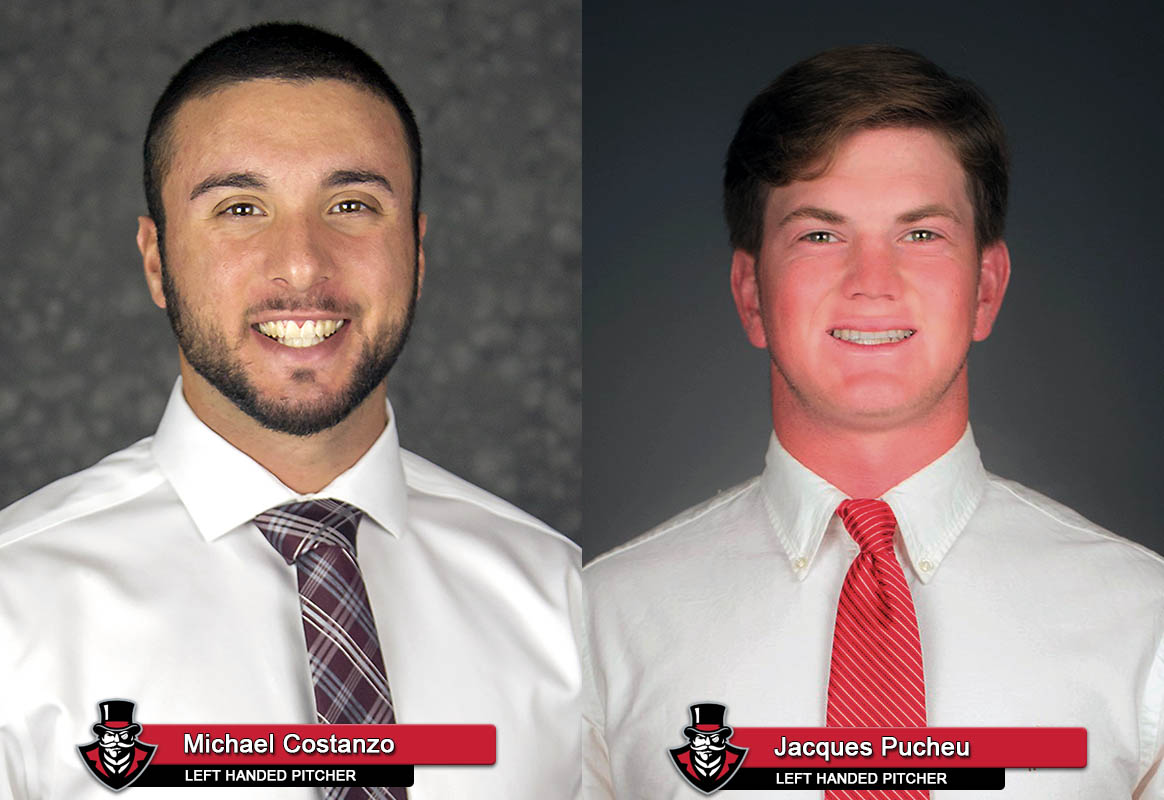 Clarksville, TN – What’s better than one dominant, flame-throwing left-handed APSU pitcher who struck out more than a batter per inning?

Because that’s just what Austin Peay enjoyed in its weekend rotation this season, as Michael Costanzo and Jacques Pucheu became the Ohio Valley Conference’s best one-two punch, becoming just the second and third players in Austin Peay history with 100 strikeouts in a single season. 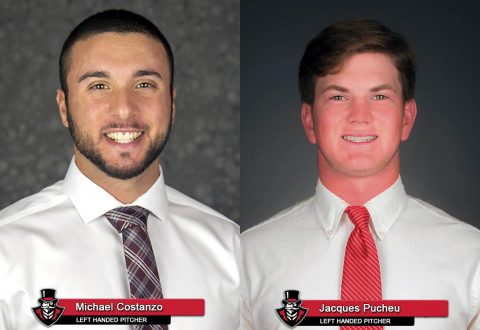 The Friday night starter from Opening Day, Costanzo’s senior season was among the best in school history and culminated in his being a 31st round selection in the 2018 MLB Draft by the Tampa Bay Rays.

Pucheu finished with a 7-4 record in his first full season in the weekend rotation. He enjoyed a breakout in his season debut with 5.1 innings of two-hit, nine-strikeout ball and kept up the pace all season, with seven quality starts among his 12 appearances. He posted two 10-strikeout games (against Southeast Missouri and fifth-ranked Clemson) and twirled a masterful 7.0 inning, four-hit, no-run performance against SIU Edwardsville for his season’s final victory.

With his fifth strikeout in his appearance against Eastern Kentucky in the OVC Tournament, he joined Costanzo and Casey Delgado (2013) as the only players in Austin Peay history with 100 strikeouts in a season.

The duo earned All-OVC honors, with Costanzo a first-team pick and Pucheu earning a second-team nod.