Dallas, TX – Autopsy is often an overlooked source of medical insight which may be hindering advances in cardiovascular medicine, according to new research published in a special issue of the American Heart Association’s journal Circulation.

“Autopsy is a source of discovery that informs the way we think about disease systemically,” said Jeffrey E. Saffitz, M.D., Ph.D., co-editor of the special issue and chair of the department of pathology at Beth Israel Deaconess Medical Center in Boston.” 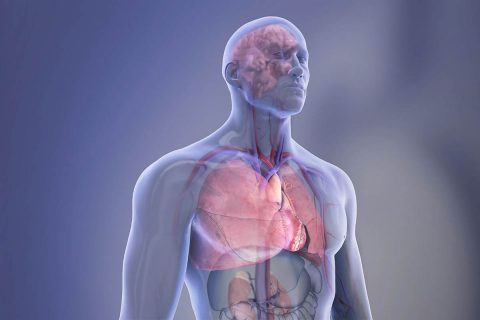 Several papers in a special issue of Circulation offer insight into how autopsy contributes to answers about the causes of sudden cardiac death, information from implantable device to improve heart function, and identifying the original cause of atherosclerosis. (American Heart Association)

Atherosclerosis [1], hypertension [2], diabetes [3] and metabolic syndrome [4] – these are the diseases you study during an autopsy. These are the diseases that are killing hundreds of thousands of people and autopsy is important to help understand how these diseases develop and progress.”

Saffitz, pathology content editor for Circulation, sets the theme by tracing the history of autopsy back to the 16th century at the University of Padua, where Andreas Vesalius used postmortem exams to place the heart at the center of the human body the way Copernicus put the Sun at the center of the solar system.

Their findings provided insight into the basic processes underlying chest pain and heart attack; identified collateral heart circulation; defined the anatomy of the disease heart and the vascular changes of congestive heart failure and cardiogenic shock.

Yet, the autopsy rate has declined steadily for several reasons, chief among them is because hospitals are no longer required to maintain a threshold rate of autopsies for accreditation; the lack of reimbursement for autopsies; and advances in imaging technology, which is often viewed as a substitute for autopsy. As a result, today most autopsies are done by medical examiners who are seeking a cause of death, rather than answers about disease.

In the Circulation special autopsy issue, three studies offer insight into how autopsy contributes to answers about the causes of sudden cardiac death [5], gathering information from implantable devices [6] about time and cause of death as well as ways to improve heart function, and identifying the original cause of atherosclerosis [1] – fatty deposits that can clog arteries and lead to heart attack and stroke).

The first study suggests that molecular autopsy may provide answers regarding sudden unexplained death in the young and whether surviving family members are also at risk.

Michael J. Ackerman, M.D., Ph.D., of the Mayo Clinic’s Windland Smith Rice Sudden Death Genomics Laboratory in Rochester, Minnesota, worked with an international team of scientists who studied sudden unexplained death in the young at a cellular level using a technique called whole exome molecular autopsy. The process was used on 25 cases that occurred in the Chicago area from January 2012 through December 2013. Twelve deaths were in blacks and 13 in whites.

They identified 27 ultra-rare mutations in 16 of the 25 autopsies (64 percent). Nine of those unusual defects occurred in 12 blacks (75 percent) and seven in 13 whites (54 percent). Ackerman’s team concluded that 14 percent of the cases represented mutations that could have been detected by genetic testing, which suggests the need for genetic testing of surviving family members.

Ackerman’s co-authors and disclosures are included in the manuscript. The study was funded by the Mayo Clinic Windland Smith Rice Comprehensive Sudden Cardiac Death Program.

In the second study, Florian Blaschke, M.D., of the Charité – Universitaetsmedizin Berlin, Campus Virchow-Klinikum in Germany, and colleagues studied autopsy subjects with cardiac implantable electronic devices (CIEDs). These devices often store valuable downloadable information which is useful to determine cause, mechanism and time of death more precisely than autopsy alone.

The researchers collected and analyzed data from 151 cardiac implanted electronic devices – 109 pacemakers, 35 defibrillators and seven implantable loop recorders – removed during 5,368 autopsies conducted from February 2012 to April 2017. Device and data analysis determined the time of death in 70 percent of these cases and clarified the cause of death in 60.8 percent. In addition, device analysis in an important tool to detect potential CIED-related safety issues.

Blaschke’s co-authors and disclosures are included in the manuscript.

In the last study, David Herrington, M.D., M.H.S., Wake Forest University School of Medicine in Winston-Salem, North Carolina, and colleagues took tissue samples harvested from 100 autopsies of young adults and used mass-spectrometry to identify early signs of “re-wiring” at a cellular level that appear to be the earliest sign of atherosclerosis.

Tests of the tissue samples detected changes in a handful of mitochondrial proteins – considered the building blocks of tissue. Importantly all the changes occurred in protein networks believed to be markers for atherosclerosis.

Herrington’s work, Shaffitz said, is representative of the role autopsy information can play in the American Heart Association’s One Brave Idea [9] initiative, which is intended as a multipronged campaign to identify the root cause of heart disease and identify strategies to prevent it.

Herrington’s co-authors and disclosures are included in the manuscript. The research was funded by the National Heart, Lung, and Blood Institute of the National Institutes of Health.