After falling 6-1 in game one, the Sounds returned the favor with a 4-0 win in game two. Liam Hendriks, Dean Kiekhefer, Ryan Dull and Josh Lucas combined to shut out the Dodgers on five hits.

Hendriks started for the first time this year and tossed two innings before being relieved by Kiekhefer. The southpaw tossed three scoreless innings and picked up his sixth win of the season. Dull struck out the side in the sixth before handing it over to Lucas who finished the win. 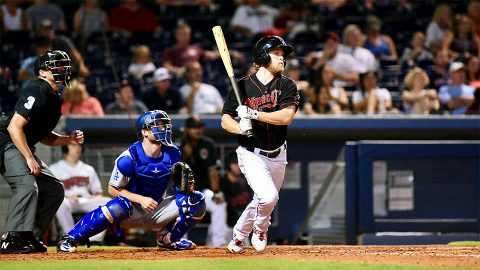 Brett Vertigan started the scoring for the Sounds in the third inning when he doubled off the right-field wall to score J.P. Sportman from first base.

In the fourth, Bruce Maxwell came through with a two-run single to give the Sounds a 3-0 lead. Maxwell plated BJ Boyd who walked, and Sheldon Neuse who reached on an infield single.

Anthony Garcia capped the scoring for Nashville with a solo blast in the bottom of the sixth. It was his team-leading 18th homer of the season.

The Dodgers used a five-run top of the second to help win game one. They got home runs from Edwin Rios and Henry Ramos.

The fourth and final game of the series is scheduled for Sunday night at First Tennessee Park. Right-hander James Naile (5-9, 4.18) starts for the Sounds against left-hander Manny Banuelos (8-4, 3.40) for the Dodgers. First pitch is scheduled for 6:15pm.

Tonight’s crowd of 11,130 fans was the 13th sellout of the season and 68th all-time at First Tennessee Park.

The shutout the Sounds threw in game two was their eighth of the season. Only Omaha with nine has thrown more.

Anthony Garcia hit his team-leading 18th home run of the season in game two. He has the seventh-most in the Pacific Coast League.

Third baseman Sheldon Neuse had hits in both games for the Sounds and is now on a seven-game hitting streak. His longest of the season is nine games.