Clarksville, TN – Clarksville Police have been investigating a shooting which resulted in the death of 18 year old, Mason Sandoval. On August 21st, 2018, around 1:15am, police responded in conjunction with EMS to a shooting already occurred call at an Eastern Hills residence.

When officers arrived, they found Mason Sandoval inside of the residence with a gunshot wound. He was transported by ambulance to Tennova Healthcare where he was pronounced deceased. 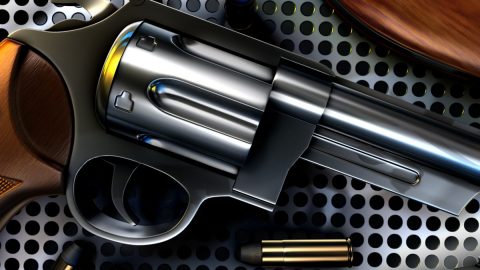 Clarksville Police respond to accidental shooting at an Eastern Hills residence that resulted in the death of an 18 year old.

The investigation revealed Kelly Thomas, 47 was moving a firearm from one location to another when he inadvertently discharged the handgun.

Mason Sandoval was visiting and in the same room with Thomas; the bullet struck Mason Sandoval causing his death. There have no charges filed at this time.

Once the investigation is complete, the case will be turned over to the District Attorney’s for review and recommendations for further action.

No additional information to provide at this time.

The lead investigator is Detective Ulrey.