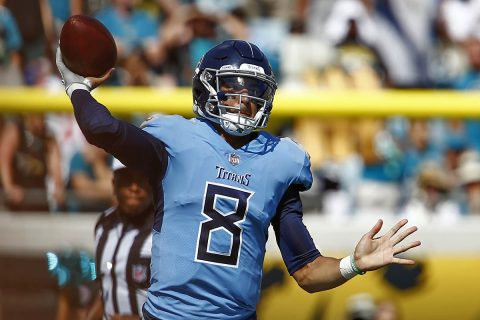 Titans Go For Three In A Row

The Titans moved atop the AFC South standings with a narrow 9-6 victory over the Jaguars in Jacksonville last week.

The performance followed a 20-17 home win against the Houston Texans in Week 2.

With a victory over the Eagles, the Titans would own their best four-game start to a season since 2013, the last time they were 3-1. It also would give the Titans 12 wins in a span of 14 home games, dating back to 2016. 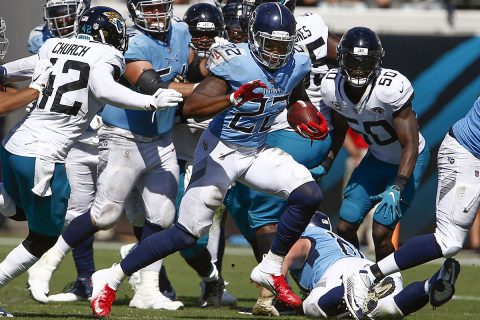 Tennessee Titans running back Derrick Henry (22) runs for a first down during the second half against the Jacksonville Jaguars at TIAA Bank Field. (Reinhold Matay-USA TODAY Sports)

In last week’s battle in Jacksonville, Ryan Succop scored all nine of the Titans’ points, including the game-winning, 28-yard field goal with 4:06 on the clock in the fourth quarter. It was Succop’s second game-winning field goal in as many weeks.

Due to an elbow injury, quarterback Marcus Mariota was in uniform but did not start. However, when Blaine Gabbert was forced to the sideline in the first quarter with a concussion, Mariota entered in relief. He went the rest of the way and passed for 100 yards and no interceptions, adding 51 yards on the ground.

For the 16th time in the “Titans era” (1999-present), the Titans did not allow their opponents to score a touchdown. The six points scored by the Jaguars was the lowest total by a Titans opponent since the Miami Dolphins scored only three points at Miami on November 11th, 2012. 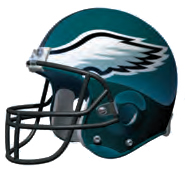 The Eagles won their season opener over the Atlanta Falcons but then dropped their Week 2 visit to the Tampa Bay Buccaneers. Last week they hosted the Indianapolis Colts and prevailed 20-16.

In a highly-anticipated return, Eagles quarterback Carson Wentz was back in the lineup against the Indianapolis Colts.

The third-year signal caller, who was the second-overall pick in the 2016 NFL Draft, had been out of action since suffering a knee injury in Week 14 of the 2017 campaign. He passed for 255 yards with one touchdown and one interception in his first game back.

With Wentz mending, the Eagles turned to veteran backup Nick Foles. During the 2017 playoffs, Foles produced the highest completion percentage (72.6) in postseason history and the third-highest passer rating (115.7) in any single postseason. He was named MVP of the Super Bowl.

The Eagles are led by head coach Doug Pederson, who was hired in 2016 after a stint as the offensive coordinator with the Kansas City Chiefs.

In only his second year coaching the Eagles, he directed the club to an NFC East title and a victory in Super Bowl LII against the New England Patriots.

Prior to the Titans-Eagles game, fans are encouraged to participate in the team’s food drive for Second Harvest Food Bank of Middle Tennessee by dropping off non-perishable food items at one of several collection sites near the stadium entrances. Volunteers will collect donated items before the game and until 15 minutes after kickoff.