City of Clarksville, TSSA negotiations on State Soccer Park to enter next phase

Clarksville, TN – The Tennessee State Soccer Association has accepted the City of Clarksville’s invitation to begin negotiating a potential management and use agreement for a state soccer park as part of a new Clarksville Athletic Complex.

TSSA said Tuesday in a letter to Clarksville Mayor Kim McMillan that it “wishes to enter the next phase of negotiations” and that its board will vote on December 1st to select a site for its statewide soccer complex. 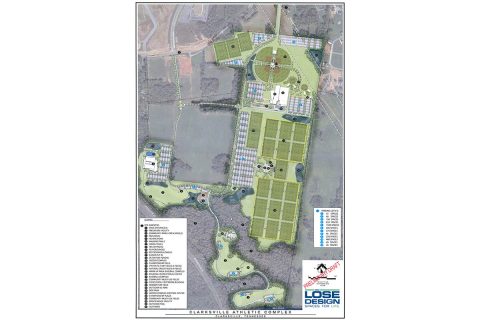 On Monday, Mayor McMillan signaled to TSSA that the City, with the help of its engineers and consultants, had completed extensive evaluation of the feasibility of the project.

“Based on the progress of our work, I am happy to inform you that the City is prepared to move into the next phase of negotiations with TSSA on the soccer park project which will encompass Phase One of the overall Athletic Complex project,” the Mayor wrote. “To that end, the City would like to meet with TSSA to begin project negotiations on or about Monday, Oct. 15, 2018.”

TSSA said in its response: “We truly appreciate the City of Clarksville’s interest in this project and the dedication by you, your staff and the Council to this process.”

The association also said it will continue to negotiate with “only one other municipality” — known to be Murfreesboro, Tennessee.

“We are asking both municipalities to attempt to wrap up any required enabling legislation by (December 1st) to allow the board to make the most informed decision possible,” the TSSA letter said.

In her letter, Mayor McMillan made it clear the City of Clarksville is working hard to secure the soccer park project.

“In closing, I want you to know how serious the City is about this project,” McMillan wrote. “The City Council budgeted $6.5 million in the 2017-2018 budget to acquire the land. Over 300 acres has been purchased near Exit 8 off Interstate 24 in Clarksville, Montgomery County. The acquisition has been finalized and the City is moving swiftly to annex the subject property and adjacent commercial tracts.”