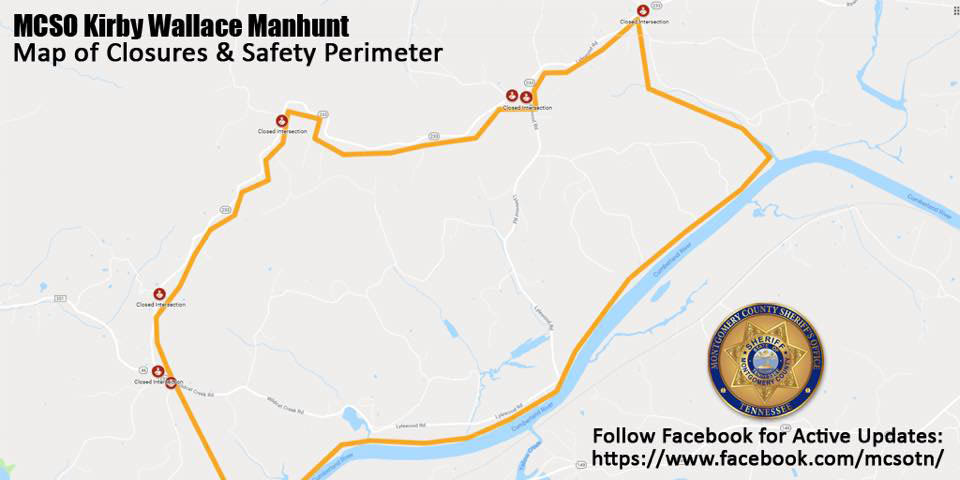 Clarksville, TN – The Montgomery County Sheriff’s Office has closed off the following intersections in the manhunt for Kirby Gene Wallace: 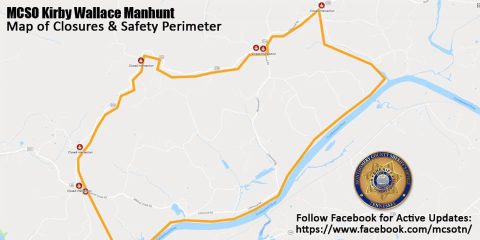 No one will be allowed past these intersections.