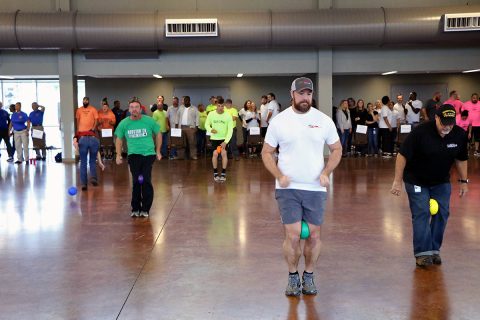 “Last year we did the first Field Day, and it was such a hit,” said Lauren Winters, an analyst in the Finance Department, and a member of the United Way Board. “This year’s theme is ‘playing your part’ — so we decided to play for the 2nd Annual Field Day for United Way!”

Clarksville Mayor Kim McMillan joined in the fun, cheered on the teams, and had the honor of selecting the Most Spirited award winner, which went to Team Hope.

“We had really good turnout, and our great employees got to do some team-building and have fun together,” Mayor McMillan said. “This helps make our internal United Way drive more successful, which sets a good example for other workplaces across the City.”

“United Way of the Greater Clarksville Region is proud to partner with the City of Clarksville to secure valuable resources to those in need,” Holleman said. “This year’s Field Day event champions the enthusiastic spirit and compassionate hearts of City employees. The friendly rivalry between departments sparks lots of competitive fun while also proving that it takes teamwork to succeed.” 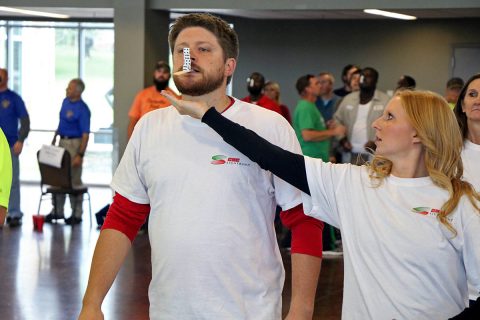 Holleman said it takes everyone working together to achieve positive change.

“Fun is the best part of fundraising, but the challenges each team faced in this event are also representative of the challenges faced by many in our community,” she said. “Families who can’t put food on their table. Senior citizens who can’t afford the cost of healthcare or medicine. Veterans fighting their own personal battles. Abuse and neglect of the most vulnerable. These are tough problems, but thanks to those who give generously, there is hope.”

Winters, who also serves as the City’s United Way Campaign coordinator, said participants joined in from a range of City departments, and everyone had a chance to have fun and win while raising money for the United Way.

“This special event is just small piece of our overall campaign giving, but it creates a sense of community among City employees as they raise money for our community through giving to the United Way,” Winters said. “Earlier this year, the City was a recipient of the United Way’s Campaign Spirit Award, thanks to employees increased giving as well as their participation in such a fun event.”

The City also won the Volunteer Leadership award in recognition of the number of City employees who volunteered to assist the Read United Program.

Here are the winners: